GRNews
GreekReporter.comGreeceGreek Foreign Ministry: We do not Agree With the Spirit of Sanctions...

Greek Foreign Ministry: We do not Agree With the Spirit of Sanctions Against Russia 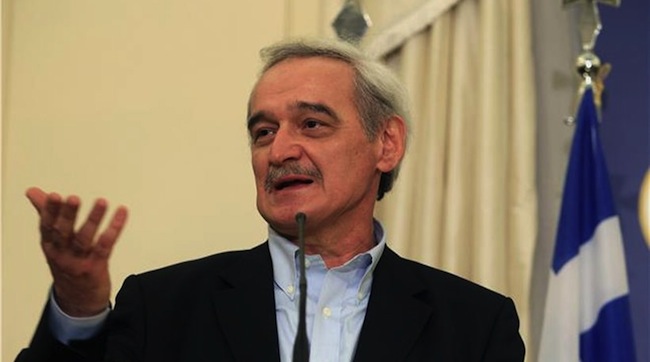 “We do not agree with the spirit of sanctions against Russia, which has adverse repercussions not only in agriculture as far as the economy of our country is concerned, but also more generally,” Greece’s Alternate Foreign Minister for European Affairs Nikos Chountis said in an interview with the Athens-Macedonian News Agency.
“Other EU countries have also reacted in a similar way, due to the sanctions’ implications,” he noted and added: “Our objections, in essence, will be expressed by Greek Foreign Minister Nikos Kotzias to the Council of Foreign Ministers. Some member-states hastened; this haste was reflected in the declaration by which the new Greek government expressed its discontent…as an announcement-statement of the heads of states was issued, without Greece having been informed or without the Greek Prime Minister having been consulted. They knew that we were in a transitional phase and the Prime Minister’s opinion could have been taken into consideration,” he said.