Former IMF Official: Greek Debt Must be Cut by 50% 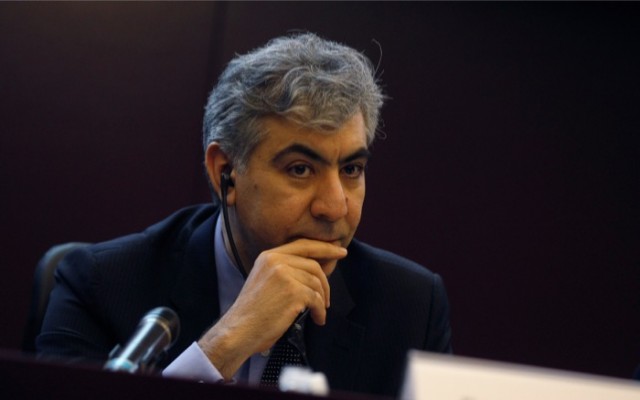 Former International Monetary Fund (IMF) European Department Director until 2014 and supervisor of Poul Thomsen, Reza Moghadam, requested the write-off of half of Greece’s debt. In a letter to The Financial Times on January 26, the current Vice Chairman for Global Capital Markets at Morgan Stanley, admitted that both Greek bailout programs of 2010 and 2012 were designed based on optimistic assumptions on growth, inflation, fiscal efforts and social cohesion.

The former IMF official did not hesitate to assume his own share of responsibility, as he was part of the Troika negotiation team between the years 2010 and 2014. Commenting on Greece’s future, Moghadam made clear that a Grexit is in nobody’s interest. On one hand Greece would encounter a new drachma, while on the other hand such a development would lead markets in the reevaluation of other week Eurozone economies. At the same time, he added, the Greek debt would be even less sustainable if it is to be paid in drachmas.

Furthermore, as he explained, despite the fiscal reform and greatest restructuring of private debt in history, the debt remains excessive compared to projections on fiscal surpluses, which directly affect social cohesion and thus any prospects of a financial recovery. According to Moghadam, the recovery is impossible on a political level, due to blocked investments and mistrust, created by the debt.

Taking the above in account, the former IMF official proposed a generous haircut in exchange for reforms. Should the debt be less than 110% of GDP, as agreed in 2012, then it will become sustainable. What is needed, Moghadam concluded, is for Europe to overcome its taboos on debt relief.

Greece Could Reopen Cultural Venues In Three Stages in May