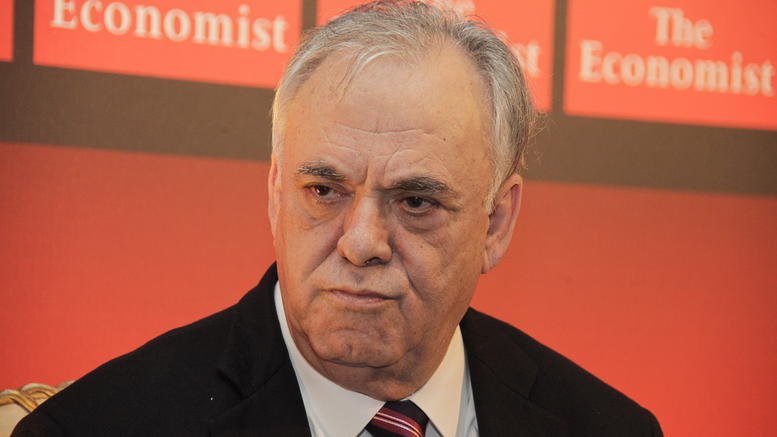 Greece can never rebound without a generous debt haircut, said Yiannis Dragasakis, SYRIZA’s chief economist.
Speaking to Agence France-Presse ahead of Sunday’s general elections Greece, Dragasakis said that despite what Greece’s creditors say, a debt cut is absolutely necessary in order for Greece to rebound.
“To promote reforms one must settle the debt issue,” Dragasakis said. “The possibility of recovery is limited” because Greece is laboring under a debt of nearly 320 billion euros, or 175 percent of national output, he said.
Dragasakis, who is tipped to be minister of finance if SYRIZA comes to power, also said, “It is necessary to adjust the debt because it is not currently sustainable. The Greek economy has suffered a disaster and its capabilities are currently limited.”
SYRIZA is leading the polls steadily with over 3 percentage points. Their campaign promises include the renegotiation of the sovereign debt and an end to austerity measures imposed by Greece’s international lenders.
However, the European Union creditors and the International Monetary Fund seem adamant that a debt cut is out of the question. A clash between the two sides is expected by many, should SYRIZA form a government.
Dragasakis argues that debt reduction is essentially dictated by the euro convergence criteria, signed in 1992. “If we want to respect Maastricht goals — which require that debt be reduced to 60 percent of GDP — we see no other way but to examine the issue on a long-term basis through a conference. If there are other ideas leading to the same result, we would discuss them in a positive manner,” he told AFP.
The SYRIZA MP also acknowledges the fact that reducing the debt will eventually mean little without reforms needed to combat endemic corruption in the Greek public sector and civil bureaucracy.
“Even if the debt were zero, we would have problems without the necessary reforms in the state and civil administration,” Dragasakis said.