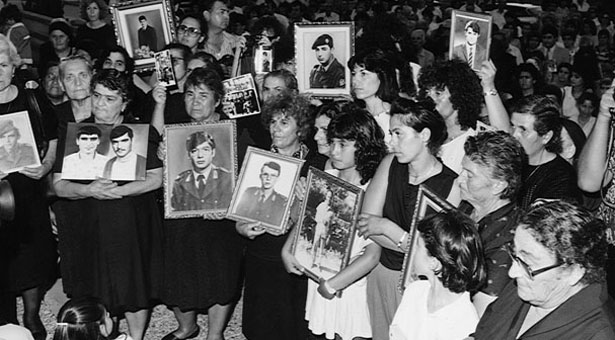 The British High Commissioner to Cyprus, Ric Todd, highlighted that the British government supports efforts aiming to bring the tragedy of missing persons from the 1974 Turkish Invasion to an end. Furthermore, the British official said his country’s government is acknowledging the importance of trust and respect between Greek-Cypriots and Turkish-Cypriots in order to reach a viable solution over the Cyprus problem.

The press release issued by the British High Commission said that Todd met on Monday with a delegation of the Community Council of the occupied village of Ashia. Addressing the meeting, the British diplomat underlined that the relatives of those missing in Cyprus can always count and rely on the United Kingdom, which will keep raising the humanitarian nature of the issue. He added that he is struck on a daily basis by how extremely close the ties between the people of Britain and Cyprus are. Finally, Todd expressed his country’s full support to the work of the Committee on Missing Persons (CMP), expressing his gratitude to the relatives of the Ashia village missing.

According to the recent report of the UN Secretary General on the United Nations operation in Cyprus, as of December 18, 2014, the Committee’s bicommunal teams of archaeologists had exhumed the remains of 948 missing persons on both sides of the island and the remains of 564 individuals have been returned to their respective families, including 135 during the reporting period (June-December 2014). The total number of missing persons identified in 2014 now stands at 157, the highest in any given year, it is noted.

Cyprus has been divided since 1974, when Turkish troops invaded and occupied 37% of its territory.

Todd has been appointed as British High Commissioner to Cyprus and took up his duties on August 2014. The High Commissioner is the UK government’s representative in a Commonwealth nation. They are responsible for the direction and work of the High Commission and its Deputy High Commissions and/or Consulates, including political work, trade and investment, press and cultural relations, and visa and consular services. He previously served as Governor of the Turks and Caicos Islands from 2011 to 2013.