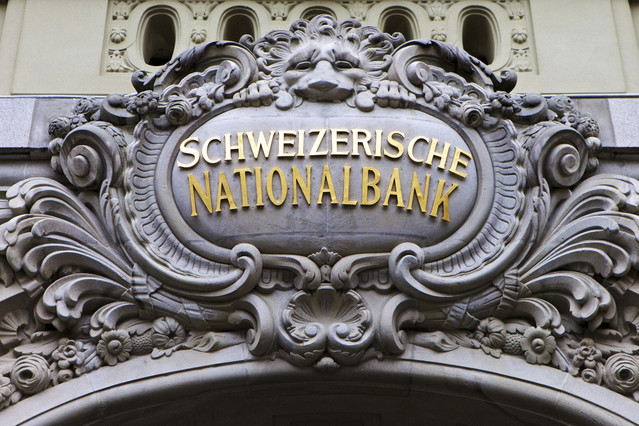 An unexpected development came out earlier today from the Swiss National Bank (SNB). More than three years of stability (since 2011) between the European currency and the Swiss franc just ended today, when SNB abandoned attempts to cap the currency’s value. The Swiss side surprised the markets by announcing that it interrupts the minimum exchange rate of 1.20 per euro.

According to banking officials, this decision caused a damage exceeding one billion euros to some 60,000 Greek borrowers who have open loans in francs due to the Swiss currency soaring.

Panic prevailed in the markets after the SNB announcement, while the Swiss currency was strengthened by about 30% against the euro (0.805 francs per euro). At the same time, the Swiss franc’s rate was reduced by 0.75% (from -0.25%) with SNB stressing that the currency is still overvalued, but less than before. Furthermore, it set a new range for the three-month libor between 1.25% and -0.25%, and said it abandons the minimum rate target to the euro (1.20 Swiss francs per euro).

In its communication, the Central Bank of Switzerland stated that “despite the fact that the Swiss franc is still overvalued, this overvaluation has been decreased in relation to the application of the minimum rate measure.”

Within a few minutes, this development caused damages exceeding 1 billion euros to more than 60,000 Greek borrowers who have loans (mainly mortgage loans) in Swiss francs. According to data from the country’s banks, the total amount of these loans reaches 6 billion euros, and with the Swiss franc’s exchange rate jump, they will need a lot more euros to pay back capital and installments.

Bank officials, however, indicated that borrowers who have debts in Swiss francs should not make hasty movements, because if they now convert their loans to euros, they will record actual losses, while if they decide to remain in the Swiss currency, the losses are accountable and thus potentially reversible.

The birth certificate of Prince Philip, the consort of Queen Elizabeth, was unearthed recently on the Greek island of Corfu.
Business

Retail shops in most parts of Greece reopened their doors to customers on Monday, as the government announced support measures for businesses