Greek SYRIZA Party Leader: Markets Won't Be Rooting for Us 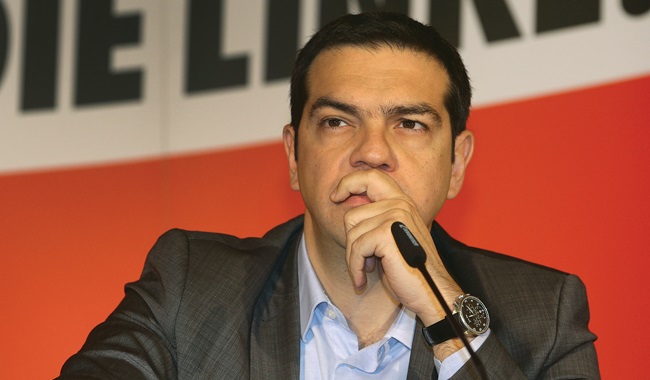 Greek main opposition party, SYRIZA, leader, Alexis Tsipras, does not appear “frightened” by possible turmoil in the market should his party win the upcoming snap general elections of January 25, as Bloomberg reports.
As he stated in his book “Alexis Tsipras, my left” — which is to be published in Italy next week — we already know that “markets certainly won’t be rooting for us and there’s a chance that initially they will show some aggressiveness towards a left government,” adding that “the more you need money, the higher is the interest markets require.”
After failing to elect the sole candidate, Stavros Dimas, as a new President of the Hellenic Republic, Greek Prime Minister, Antonis Samaras, was forced to snap elections, while ten- year bonds were climbing above 10% and leftish SYRIZA was steadily leading the polls only three weeks in advance of the critical elections of January 25.
The Greek premier’s argument includes, amongst others, the speculation that a possible SYRIZA electoral win might mean the end of the Greece’s Eurozone “dream,” as its leader, Alexis Tsipras, has already promised wage and pension increases along with a write off of most of the country’s debt.
“Additionally, as to markets perception, the issue of debt negotiation is fundamentally important,” Tsipras told reek journalist Teodoros Andreadis Synghellakis, in the question-and-answer style book, while SYRIZA vows a write off of most of the nominal value of Greece’s debt once elected. “That’s what was done for Germany in 1953, it should be done for Greece in 2015,” Mr. Tsipras highlighted in a speech in Athens earlier on January.
“The solution is balanced budgets to strongly limit the need to borrow money. Holding to a budget balance goal is really a key point in our strategy, as it gives us the possibility to negotiate from a strong position. That said, we need to say that budget balance doesn’t mean resorting to austerity per se,” the Greek main opposition leader underlines in the book.