Greek Orthodox Church to Be Built in UAE 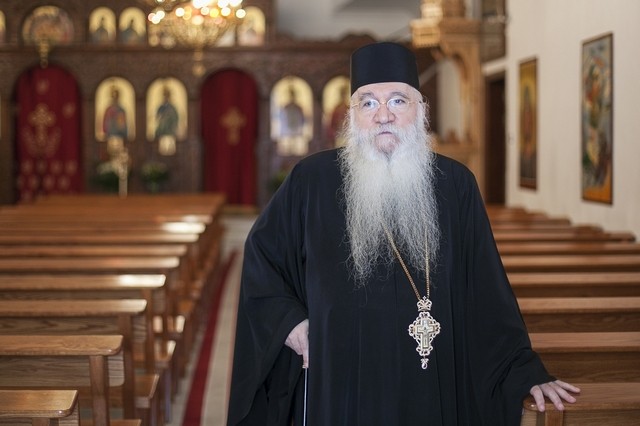 A Greek Orthodox Church will be built in Mussafah, Abu Dhabi, over the next year in order to accommodate all the worshippers who reside in the area.

Abu Dhabi currently hosts 700 registered Greek Orthodox Families, but according to Father Stephanos Neaimeh there at least 300 more families in the emirate who have not been registered.

The Orthodox Church of Saint Nicholas, which is used by the religious community in Mussafah is very small and can only accommodate 300 people in its hall. People are forced to participate in the holy service from outside the church or from the upstairs salon where a screen has been installed so worshippers can witness the holy liturgy. “During Easter and Christmas we never have enough space,” noted Father Neaimeh.

The compound where the church is located was built in 1975 and has worshippers of seven Arabic nationalities, namely Palestinian, Syrian and Lebanese. There are also Romanians, Russians Ukrainians, Serbians and Georgians who attend the church every day to pay their respects and pray. ““If they need to pray, we give them the church with their own priest. Otherwise, they can pray with us using their books,” said Father Neaimeh.

The new Church of Saint Elia will be able to accommodate a total of 1,250 worshippers sitting. Its construction started in May and will conclude in 18 months.

Father Stephanos Neaimeh who travels to Greece every year, has undertaken the task of bringing religious ornaments to Abu Dhabi in order to decorate the church. “Every year I fly to Greece to ship crosses, icons and religious books for the church and I have never once been stopped or questioned,” he said. “The local population is very polite with us, well-mannered and very hospitable.”

The 1821 Greek Revolution Comes to Life on Public Buildings