The Carnival-like Custom of 'Ragoutsaria' 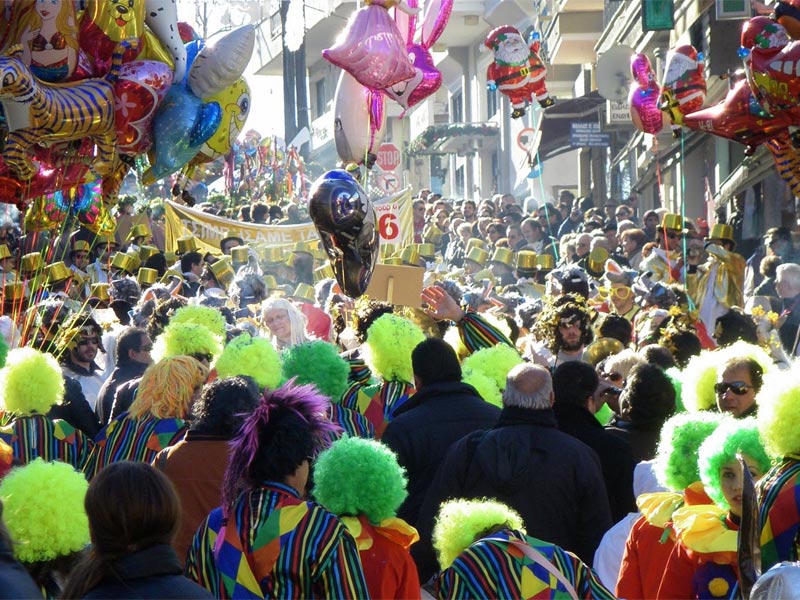 The “Ragoutsaria” celebration starts today in the city of Kastoria, northern Greece, and will continue through Thursday, January 8, seeing locals donning costumes and dancing in the streets.
The Ragoutsaria is a centuries old custom and a revival of ancient Dionysian rites. Celebrations begin on January 6, the day of Epiphany, in a festive atmosphere that gives Kastoria a special color. Men and women, young and old, are organized in “crowds,” each with its own costumes and traditional orchestra, and dance wildly in the streets.
The festivities culminate on January 8, the Paterista, as locals call it, the day of the celebration of Saint Dominique, with a great carnival parade. Early in the afternoon, all the dancing crowd satirizes persons and events singing with effortless ingenuity.
The best of them are awarded by the City of Kastoria, which organizes the three-day festivities. The crowds and spectators gather at Doltso, the old medieval square, a place that played an important role in people’s unity and maintaining traditions during the Turkish occupation. At Doltso, a wild revelry begins with the crowd trying to out-sing each other and play their music louder than everyone else.
The custom’s name and origin is traced in classical antiquity and has survived until today via the Romans and Byzantines. It is very likely that the name comes from the Latin word “rogatores,” which means beggars, something that aptly defines many of the costumes. The masked men go around houses and ask for gifts in exchange of chasing evil spirits away.
The three-day “Ragoutsaria” is one of Kastoria’s tourist attractions, as the city sees more and more visitors each year.