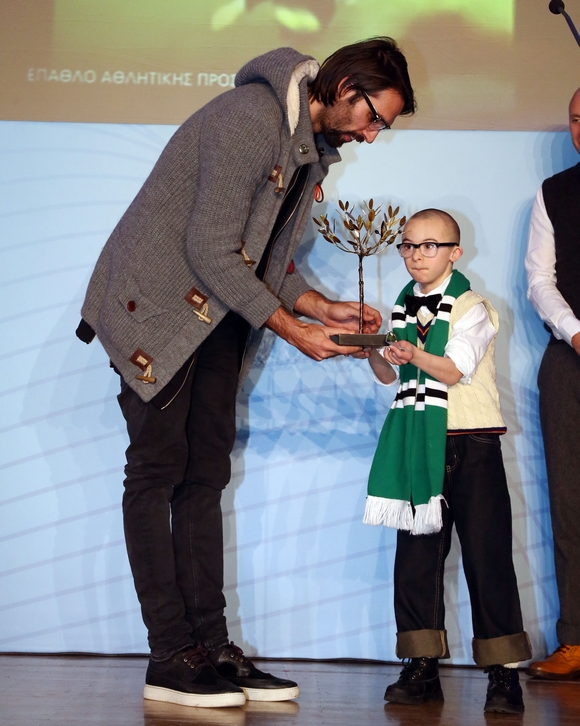 The wonder kid that moved us all with his love and devotion towards the Greek national team during the FIFA World Cup last summer, was invited with his family to attend the annual awards given out to the year’s most important athletes by the Greek Sport Journalists Association.
Little Jay Beatty’s friendship with Georgios Samaras became a worldwide sensation when earlier this year, the former Celtic striker took the 10-year-old with Down’s Syndrome in his arms and celebrated winning the championship together on the field.
The appreciation for each other has been recognized from both sides, specifically during the FIFA World Cup when a video of Jay cheering after Samaras scored the crucial goal against Ivory Coast went viral. As a response to his dedication and friendship, the Greek player recorded a video message thanking his young Celtic fan.
Both were awarded for their ethical contribution to sports in a tear-dropping ceremony that had all attendees give a standing ovation. Little Jay was dumbfounded by the whole incident but found rescue while holding Samaras’ hand.
The West Bromwich player who had just attended his grandfather’s funeral, stated: “Many thanks to people who give to those in need. These kids need our charity. The only reason I’m here today is because of this kid. Even though I had a family emergency, the single person that gives me the strength to overcome my bitterness is Jay”.