Greek Govt Vice President: Negotiation with the Troika will be Completed 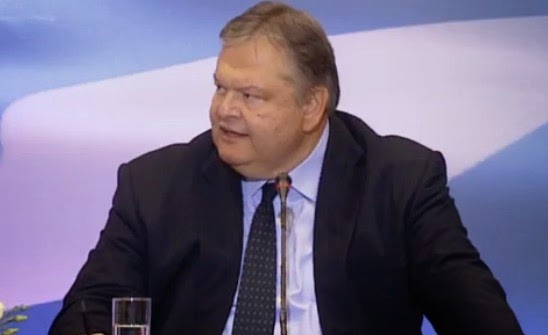 “Uncertainty downgrades not the government’s but the country’s position,” underlined Greek Government Vice President and PASOK leader Evangelos Venizelos in his article in a Greek Sunday newspaper. “The negotiation with the Troika will be completed, but we will not allow this to become an opportunity for another wave of ‘costless’ superficiality and demagogy.”
Venizelos noted that the “difficulty in the negotiation with our European partners and the IMF is directly proportional with the importance of the agreement on the completion of the current program and the ‘twin’ agreement for the new institutional framework. For the security shield that Greece will have without a new loan and without a new program and a new Memorandum, without the Troika mechanism, which means divergence from the European mechanisms that operate for all member states.
The relation between democracy and truth has worked for the past decades as a vicious circle that prepared the economic crisis. It must now work as a purifying equation that will symbolize the country’s real modernization.”
(source: ana-mpa)

Turkey announced on Monday that it will conduct a large-scale naval exercises in the Mediterranean and the Aegean Sea between February 25 and March 7.
Diaspora

Marketing genius can take many forms -- from the "Music Man" salesmen of the early 1900s, selling band instruments to poor townspeople -- to...
Greek News