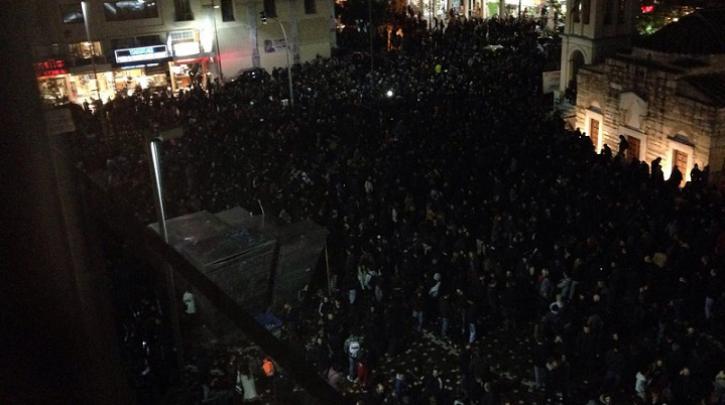 Between 5,000 and 10,000 are estimated those who participated in Tuesday’s demonstration in solidarity with imprisoned 21-year-old anarchist Nikos Romanos, who is on hunger strike since November 10, when his request to study at the Business Administration department of the Technical Education Institute (TEI) of Athens, where he was admitted at the beginning of the academic year, after being allowed to take entry exams in prison, was denied. The protest rally gathering was scheduled for 6:00 pm at the Monastiraki square in downtown Athens, while it started almost one hour later, moved towards Omonoia square, the Parliament and finally ended peacefully at Athens University Propylaea at around 8:30 pm. 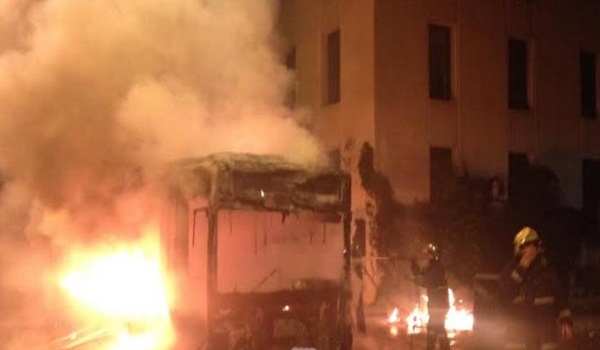 A few minutes later, and while most protestors’ blocks disbanded, a group of participants continued towards the Athens Polytechnic School, which is currently occupied by students, in order to hold an assembly, and it was then when clashes began in the downtown district of Exarcheia. Some five cars, a public transport bus and at least one bank were damaged, while the group of protestors set garbage bins on fire and created barricades in several streets surrounding the Exarcheia square. Riot police squads made extended use of stun grenades and tear gas, and a group of 80 individuals got inside the Athens Polytechnic School, where tension rose again. During the clashes, the protestors threw Molotov bombs and stones to the police, who replied with chemicals. The streets surrounding the Athens Polytechnic School were closed by the police until midnight, while some 15 protestors were arrested.
Earlier on Tuesday, the parents of hunger strikers Nikos Romanos, who is hospitalized, guarded at the “Gennimatas” hospital in Athens, and Giannis Michailidis, who is also on hunger strike since November 17 in solidarity with his friend and accomplice in the bank robbery, Romanos, held a joint press conference expressing their support for Romanos’ cause and concern for his health. During the press conference, Romanos’ father, Giorgos, underlined that the government and Justice Minister Charalambos Athanasiou, personally, are those to be held responsible for the consequences.


On her behalf, Romanos’ mother, Pavlina Nasioutzik, in an interview with Huffington Post, described how witnessing the murder of his close friend, Alexandros Grigoropoulos, who was shot dead by a policeman in Exarcheia in December 6, 2008, changed her son’s life. 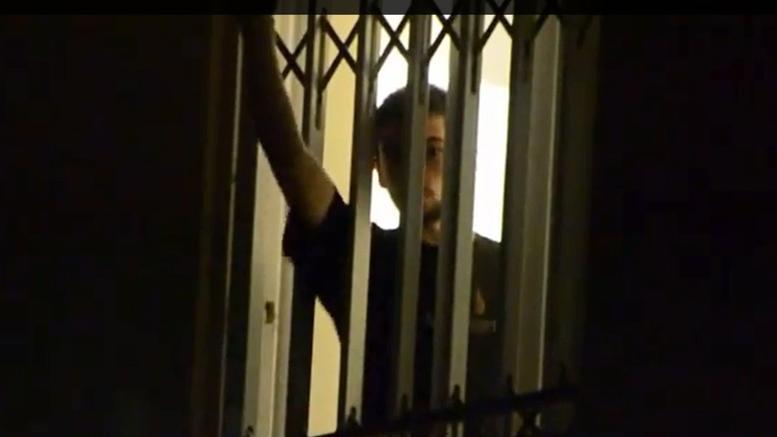 Romanos (pictured above while saluting a solidarity motorcycle rally from the hospital) has refused food for the past 23 days, while he is serving a 15-year-and-11-month sentence over an armed bank robbery in Velvento, Kozani, in northern Greece, in early 2013, along with Michailidis, Andreas Bourzoukos and Dimitris Politis, who are also serving sentences of 11 to 16 years. The four have been cleared of the charges regarding their participation in radical anarchist organization Conspiracy of Fire Nuclei.
Similar solidarity protests were also held in Thessaloniki and Patras.