TechNews
GreekReporter.com Greece Less Cases of AIDS in Greece in 2014 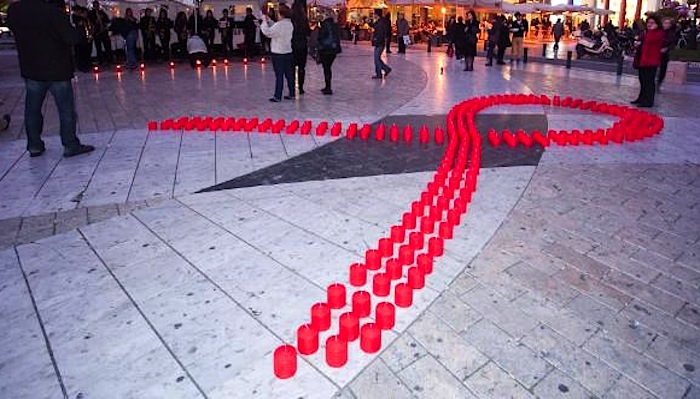 World AIDS Day in 2014 finds Greece on a positive note as cases have decreased this year, after a rise in HIV infections in the 2011-2013 period.
A surge in intravenous drug use brought a subsequent surge of HIV infections between 2011 and 2013, according to the Hellenic Center for Disease Control and Prevention (KEELPNO). However, data from the first ten months of 2014 show a decrease in HIV infections and most of them being sexually transmitted, with the vast majority of them among homosexual men.
The first ten months of 2013, there were 7.2 cases of HIV infection per 100,000 people, while in 2014 there were 5.9 cases reported per 100,000. More specifically, there were 654 cases of HIV infection reported at KEELPNO between January 1 and October 31, 2014. Out of the 654 cases, 563 (86.1 percent) were men infected and 91 (13.9 percent) were women.
In total numbers, from 1981 — when the disease was officially recognized — until October 31, 2014, there have been 14,288 cases of HIV infection reported in Greece, with 82.3 percent of them being male patients. According to KEELPNO figures, 3,638 of them developed AIDS and 6,850 are in therapy. The total number of AIDS deaths in Greece is 2,471.
Since 1981, AIDS has killed 39 million people worldwide and 78 million people carry the HIV virus. In 2013 alone, 1.5 million people lost their lives to the disease. In 1988, the World Health Organization established December 1 as World AIDS Day. UNAIDS, the United Nations Organization that fights AIDS, say that the end of the AIDS epidemic can be achieved by 2030.

Myrtis, a victim of the great plague of Athens after 2500 years takes part in the global effort in the fight against the COVID-19 pandemic.
Diaspora