Greek Saffron as Good as Gold 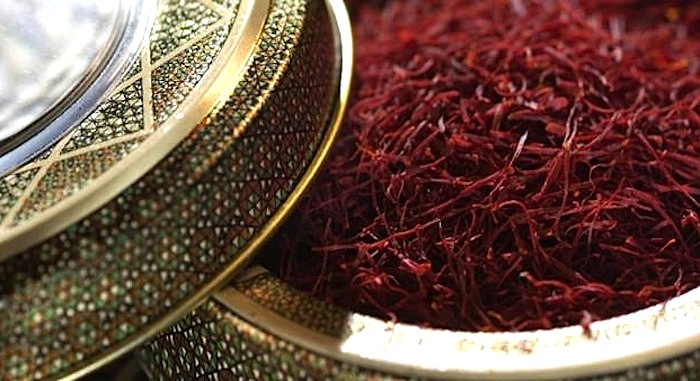 Alexander the Great used it to heal his battle wounds, Cleopatra used to bathe with it, while it makes most dishes tastier, makes skin shinier and enhances sex life. No wonder it is the most expensive spice in the world. It is worth its weight in gold and it is called saffron.
The number one saffron producer in the world is Iran, exporting 95% of the world’s demand. India, Italy, Greece, Spain, Morocco and Ajerbaijan produce the rest. In the last few years, demand for saffron in the United States has risen dramatically. Since Iran and the U.S. are not in the best of terms, clandestine imports of Iranian saffron through Dubai and then Canada are not uncommon.
Greece plays an important role in the world distribution of the valuable spice. Even if it shares a mere 5% of the total world production with five other countries, it can still cover a good part of the total demand. Given its high market price, it generates significant revenue every year.
According to “Indiatimes,” India’s saffron output will be reduced by 75% this year due to the heavy rainfall that destroyed the flowers. Since demand for the spice is always in excess, Greek saffron may cover the shortage. Recently, Chinese merchants visited Greece aiming at signing trade deals to import Greek saffron in China, thus opening a new lucrative market.

The German Embassy in Athens will begin its year-long commemoration of the Greek War of Independence with a celebration of 21 German philhellenes.
Europe