GRNews
GreekReporter.comGreeceCorfu: The Most Musical Greek Island and Its 18 Marching Bands!

Corfu: The Most Musical Greek Island and Its 18 Marching Bands! 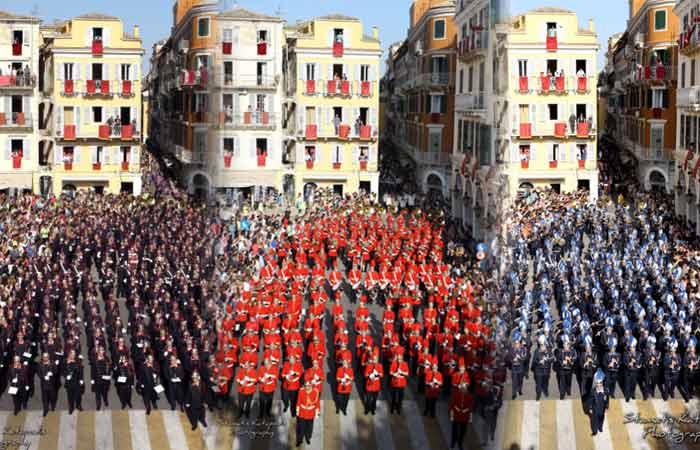 Corfu is visited by hundreds of thousands of tourists each year, but there is another, more artistic, side to this beautiful Greek island. It has around 36 major villages and at least 18 philharmonic bands that fuel the islands musical tradition. There are hundreds of music associations and clubs scattered on the island. Some of Greece’s most talented musicians originated from Corfu and went on to become famous across the world.
The island’s philharmonics bands are particularly famous due to their involvement in Easter celebrations. Their foundation was part of a wider trend that flourished in Europe during the 19th century, when thousands of music associations were founded. Corfiots, thanks to their studies at European universities, became part of this trend.


The island’s musical tradition dates back to the time when the Seven Islands were under Venetian rule. The Venetians introduced opera to Corfu. They converted the local “Loggia” into a theater (the first on Greek soil in modern times) where opera performances started in 1733 and continued for several years after the union with Greece. This theater was called the San Giacomo. In 1903, it was converted into the present Town Hall and a larger theatre was built, which was bombed and destroyed in World War II.
During the British Protectorate, the musical tradition was carried on by Nikolaos Chalikiopoulos-Mantzaros who founded the first modern school of music on Greek soil. A large number of musicians were trained by Mantzaros. Among them was Spyros Xyndas who composed the first Greek opera.

Mantzaros is the composer of the Greek National Anthem, setting to music Dionysios Solomos‘ poem “Hymn to Liberty” in 1830. Mantzaros composed 24 symphonies and other religious and secular music but he devoted most of his time to teaching.

The founding reason of the first philharmonic band was that during the English Protection era (1814-1864) the British army’s philharmonic band used to perform during major events. In 1837, however, the British refused to provide musical accompaniment for Orthodox processions. Therefore, three years later, in 1840, the residents founded the Philharmonic Society Of Corfu which was the first music association on the island, but also in Greece. Nowadays, it is called the “Old Philharmonic,” so that it can be distinguished from the more recently founded Mantzaros Philharmonic Society. 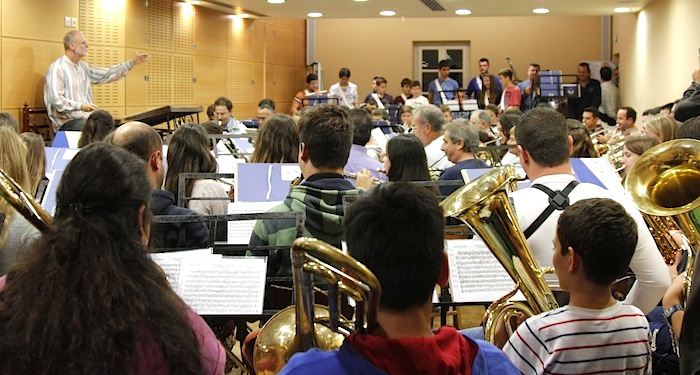 A few years later, the band was overcrowding with aspiring musicians, a fact which led to the founding of a new philharmonic bands. Over the years, the trend has spread across the island, leading to the foundation of at least 18 philharmonic bands. They are all non-profit, with the aim of extending musical education and providing scholarships to students who attend festivities, both inside and outside of Corfu.
The Mantzaros Philharmonic Society was founded in 1890 and is the second oldest philharmonic in Corfu. The band first appeared during the Litany of Saint Spyridon in 1890. It consists of 180 musicians and maintains departments for most of the musical instruments as well as a department for preschool ages.

The Kapodistria Philharmonic Association of Corfu was founded in 1980 and is one of the largest cultural and musical education associations in Corfu. The band made its first appearance on the New Year’s Eve of 1981. Their initial aim was to improve the island’s musical scene and education. The philharmonic still maintains faculties of music theory and history, and many music instrument departments.
Locals who get involved with the island’s philharmonic bands are usually not professional musicians but they have music in their blood. They later become teachers for the children who join the bands, helping them excel as soloists, conductors and teachers in the country’s music scene. It is impressive that an island of 105,000 residents counts over 20 major music education organizations and many musical clubs, while it also hosts a School of Music as part of the Ionian University. This may be a starting point that will help expand similar efforts across Greece.

Where to stay: Corfu Palace Hotel

Corfu Palace Hotel humbly presents an opulent portfolio of magnificent lodgings in Corfu, devoted to enact desires and dreams into authentic experiences with matchless gusto and flair. In different yet exquisite locations, from traditional style to fresh and modern, each establishment is a sanctuary of luxury and source of inspiration. Corfu Palace Hotel is dedicated to offer a unique, tailor-made experience to an elite clientèle.
(Photo: Stamatis Katapodis)