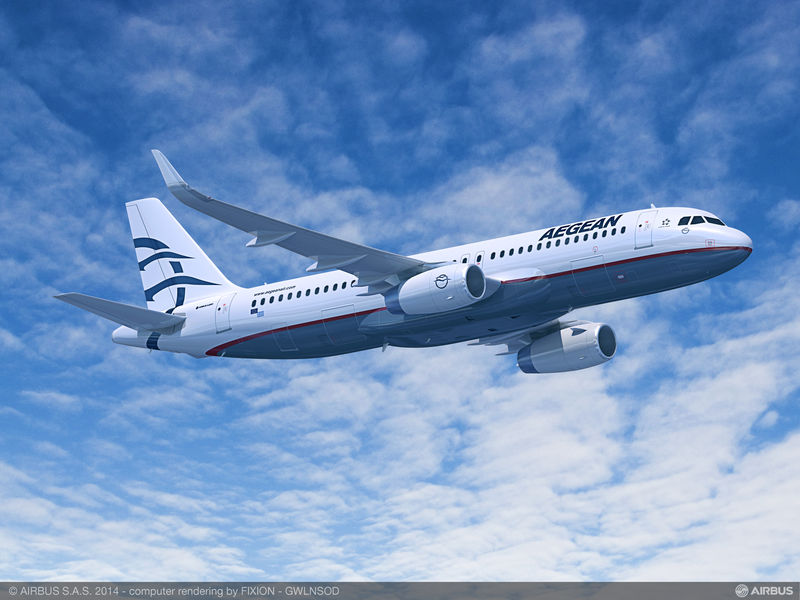 Aegean Airlines, Greece’s main air carrier, announced on Tuesday that it will add 16 new destinations in 10 countries this coming summer.
After the new additions, Aegean Airlines will be reaching a total of 134 destinations, 34 in Greece and 100 international, in 42 countries.
The new Aegean Airlines destinations are Toulouse, Deauville and Metz in France, Helsinki in Finland, Naples and Pisa in Italy, Paphos in Cyprus, Riyadh in Saudi Arabia, Amsterdam in the Netherlands, Oslo in Norway, Tallinn in Estonia, Tehran in Iran, Dubrovnik in Croatia, Yerevan in Armenia, Kuwait and Malta.
In addition, more flights will be added in major markets for Greek tourism such as Germany, Great Britain, France, Switzerland and Italy to favorite tourist spots in Greece, such as Paros, Naxos and Milos.
Aegean Airlines will offer a total of 15 million seats in 2015, 2 million more than 2014. With a tourist arrival record in 2014, next year looks more promising for the carrier. The company is planning to hire 250 employees to support the new flights.
Aegean Airlines purchased Olympic Airlines, Greece’s main air carrier, last year for 72 million euros. The merger had been planned since 2010, when the first attempt was made to bring the companies together. The deal was blocked by the European Commission on competition grounds. After the Olympic Airlines purchase, Aegean hired 247 employees. Earlier this year, Aegean Airlines attempted to buy state-owned Cyprus Airways.
Aegean Airlines won the Best Regional Airline in Europe Award in the 2014 Skytrax World Airline Awards, for the fourth year in a row. The award committee chose Aegean Airlines for its high quality services among roughly 245 airline companies worldwide.