GRNews
GreekReporter.comGreeceOne Year After Maria, Nothing Has Changed for Greece's Roma

One Year After Maria, Nothing Has Changed for Greece's Roma 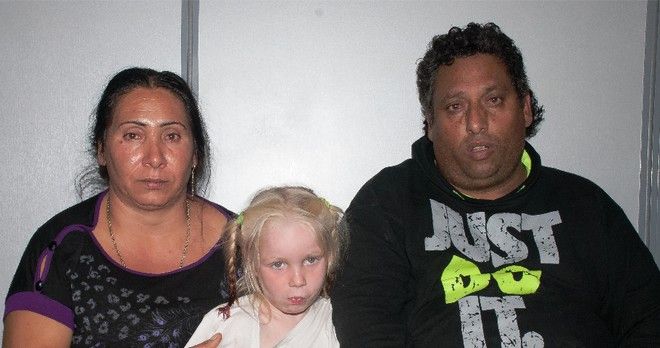 It was October 2013 when the case of little Maria, the blond Roma girl from Bulgaria who was illegally adopted by Greek Roma, made headlines all over Europe. According to a report by Open Society Foundations, nothing has changed in the year since. Greece’s Roma continue to live, poverty-stricken in a prejudiced society.
“According to a cross-Europe study conducted by the EU Agency for Fundamental Rights in 2012, more than 90 percent of Roma households live below the poverty lines of their respective countries, only 15 percent have completed secondary education, while they have a 10-year shorter life expectancy, compared to the rest of the population,” the report says. It is estimated that about 250,000 Roma live in Greece, while the total number in Europe stands between 10 and 12 million.
Placed under media scrutiny over the Maria case, the Roma of Greece were portrayed in a highly negative light. “The media in Greece have no ethics when they deal with the Roma, it’s like we’re in the middle ages of information,” said Eleni Tsetsekou, who has worked with Roma populations all over Europe via the Council of Europe.
One of the main problems of Greece’s Roma is the lack of easy access to education. According to the article, Roma have the legal right to education, but in many communities their access to schools is blocked by community residents. For example, in a school in Aspropyrgos, two classrooms were burned down when locals found out that Roma children would be registered. In Sofades, parents staged a sit-in to protest the admittance of Roma children to the local school.
Greek Roma also face health, housing and employment difficulties. Recently, authorities tried to break down a settlement in Halandri, a suburb of Athens. A riot ensued. Finally, the Roma got a six-month extension until authorities find a new place for them to settle.
Several programs that would help Roma integrate are announced periodically but are seldom implemented by municipalities or the state, according to the report.