Cypriot Teachers Have the Biggest Spending Power in Europe 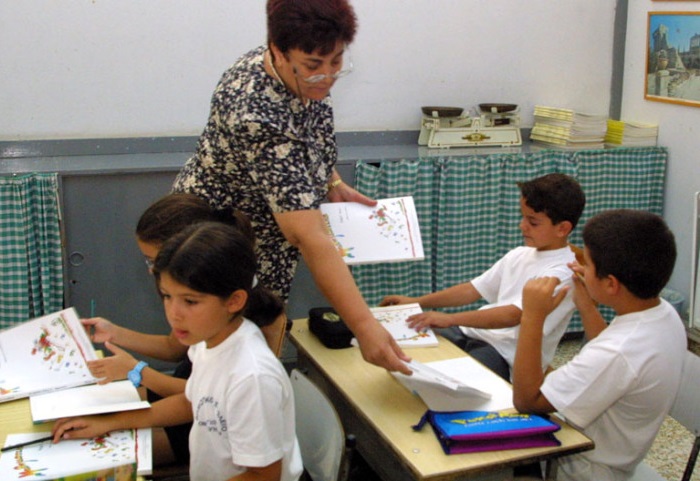 A European Commission report released on Saturday, showed that teachers in Cyprus have more spending power than their European colleagues despite an 8.5% reduction to their salaries due to the economic crisis.
The report entitled “Teachers’ and Schoolheads’ Salaries and Allowances in Europe” showed that the statutory salary for teachers who start working in primary and lower secondary education is lower than the national per capita GDP in about three-quarters of the 33 countries surveyed. The survey concerned teachers and school heads in preschool, primary, lower secondary and upper secondary education for the period 2013 and 2014.
In Cyprus, wages of senior teachers for all levels of education amount to 306% of per capita GDP.
The statutory salary for Cypriot teachers reaches €39,837 for preschool education, €39,297 for primary and €40,077 for secondary education. Schoolheads in Cyprus receive an average €60,267 in primary and €70,695 in secondary education.
Despite the fact that in 2013 and 2014 teachers’ salaries increased in the majority of European countries, their spending power in most cases remained below 2009 levels.
During 2013-2014 teachers’ salaries increased in Belgium, Denmark, Germany, Estonia, France, Croatia, Luxembourg, Hungary, Malta, Austria, Slovakia, Finland, Great Britain, Norway, FYROM and Turkey.
Teachers in Cyprus, Germany, Lithuania, Latvia, Malta, Romania, Sweden, Britain, FYROM and Liechtenstein do not receive any remuneration for overtime work. Moreover, Cypriot teachers do not receive any allowances since January 2013 due to the economic crisis.
The report showed that Greece has suffered the largest decrease in teachers’ spending power, reaching 40%.