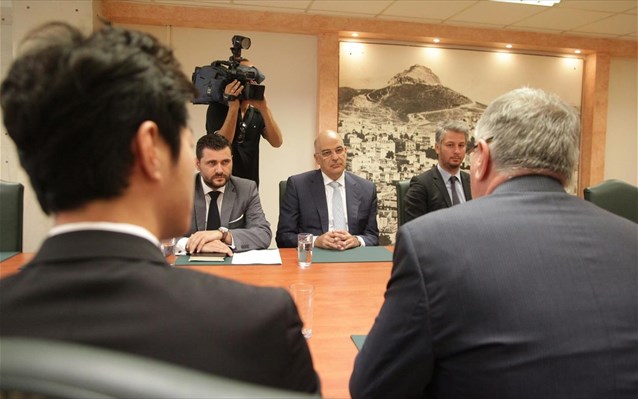 Samsung Medison, a subsidiary of the multinational company, is planning to launch a Greek-based training center in the field of healthcare equipment in collaboration with the University of Athens. The center will aim at training doctors and technical experts from Europe, the Balkans and the Middle East in all the latest medical technologies.
Thursday, the executive vice president of Samsung Medison, Wayne Spittle, and the chairman and CEO of Samsung Healthcare Hellas, Constantinos Adamopoulos, presented their plans to Greek Development Minister Nikos Dendias.
Dendias expressed his satisfaction with the company’s intention to invest in Greece. He assured Samsung Medison that the Development Ministry would provide all necessary assistance to see the project through.
Dendias also pointed out that the Greek government is determined to attract foreign investment to Greece, stressing the initiatives taken to boost the local business environment.
Samsung Medison is a global leader in manufacturing medical devices. Founded in 1985, the company provides the world with cutting-edge diagnostic ultrasound devices used across various medical fields. The company attracted global attention in 2001 with its introduction of Live 3D technology. In 2011, Samsung Medison became an affiliate of Samsung Electronics, integrating the world’s best IT, image processing, semiconductor and communication technologies into diagnostic ultrasound systems.