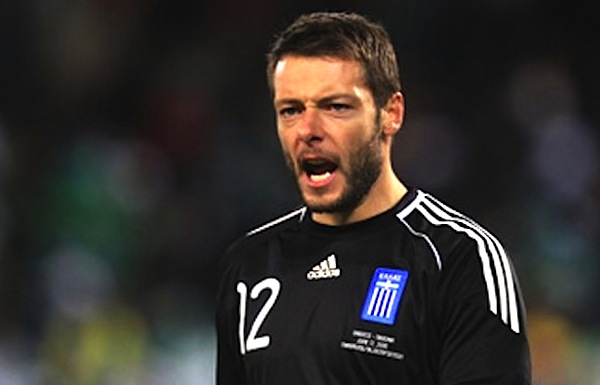 Indian Super League (ISL) franchise NorthEast United FC received one of their key international footballers, Alexandros Tzorvas, who landed there on Saturday.
Tzorvas, a Greek, was the first choice goalkeeper of his country in the 2010 FIFA World Cup and during the Euro 2012.
“The ISL is a big opportunity that is going to help me build a lot more experience. I love exploring new things and I am always ready for new challenges. The ISL is one such new challenge and it is one of the chapters of my football career that I am looking forward to,” he told the Greek press.
“NorthEast United FC comes with a different motto, which is unity, and I believe in that completely. I am very excited to be on board with the North East United club,” he added.
Being the first choice goalkeeper for his national side at the 2010 World Cup, Tzorvas explained why donning the national colours is different from playing for the club.
“I was on the national team for more than six-to-seven years. In 2010 I played in Africa and 2012 (European Championship) in Poland. To play for your country is unbelievable, it is more than playing for a club, it gives you something bigger to represent. It’s a huge experience, and I hope to transfer it to younger teammates.”