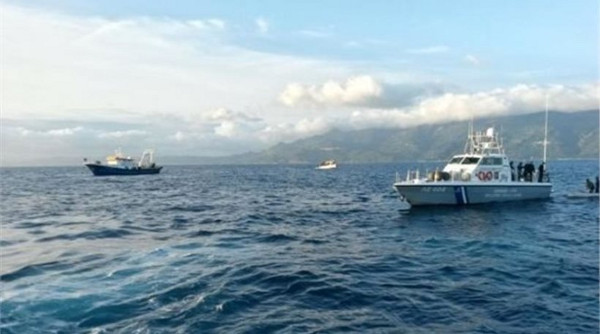 Six undocumented migrants, four men, a woman and a child, that were rescued during the night by two merchant vessels 160 nautical miles off Paleohora coast, Crete, in the sea waters of Malta, were transferred by a Super Puma helicopter to Souda, Greece.
The undocumented migrants, that were possibly with other migrants on board a vessel that sank, needed medical care and were sent to Chania general hospital.
According to initial information, the child is in critical condition.
The two merchant vessels, British flagged CPO JAPAN and Liberian-flagged CMA CGM VERDI, collected two more migrants that died and their bodies were sent to Malta.
Maltese Maritime Squadron is conducting a search in the area.
(source: ana-mpa)

Thursday's coronavirus summit resulted in a surprisingly swift decision to issue vaccine certificates to ease travel by the Summer of 2021.
Hollywood