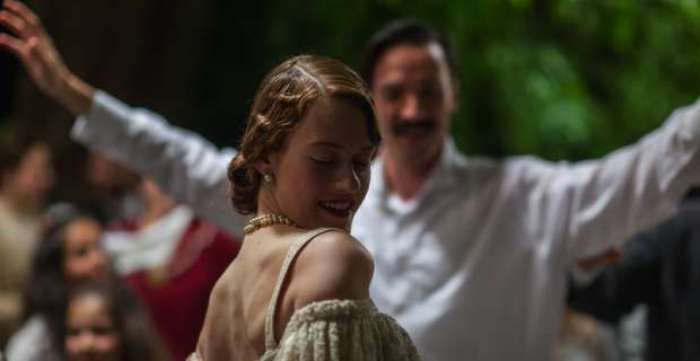 Greek drama “Little England“, known in Greek as “Mikra Anglia” has been submitted for the Best Foreign-Language Film category at the 87th Academy Awards.
The Greece ‘s Culture Ministry’s committee responsible for the selection of the film that will claim a place on the Best Foreign Language Film shortlist is consisted of: Lakis Papastathis (chairman), Maria Komninos (director of the Greek Film Archive), Olga Malea (director), Tasos Goudelis (film critic), Stathis Valoukos (screenwriter), Haris Papadopoulos (director, President of Greek Directors Guild) and Nino Fenek Mikelidis (film critic).
Set on the Greek island of Andros in the 1930s and 1940s, the film was directed by Pantelis Voulgaris while it was based on the novel written by his wife, Ioanna Karystiani.
The film has already received several awards, including best film, best director and best actress (for Penelope Tsilika), at the Shanghai International Film Festival, as well as six trophies at the Hellenic Film Academy Awards, including best film. It was released on December 5 by Feelgood Entertainment and recorded more than 360,000 admissions in the Greek box office.
The film deals with the relation of two sisters who are in love with the same man and focuses on how the wives of the local community were living away from their husbands who were spending long periods on ships across the world.