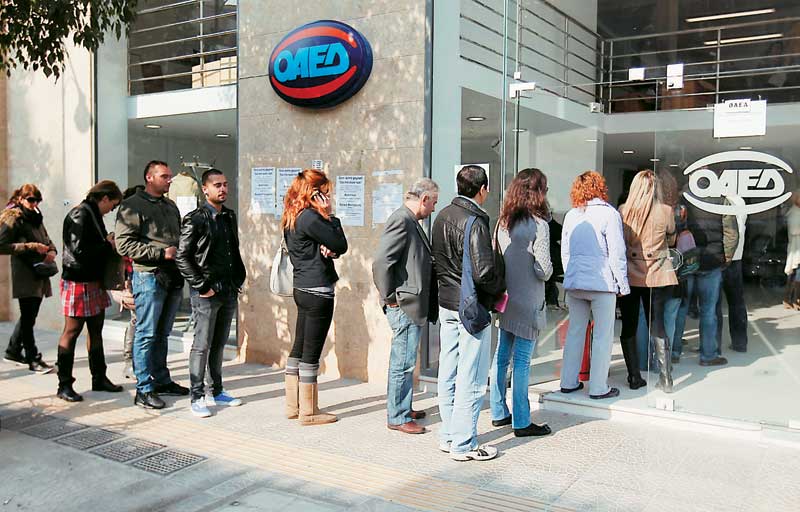 According to the latest OECD report, Greece’s unemployment rate will remain around 27% through the end of 2015.
Long-tern unemployment is a contributing factor to structural unemployment as a result of skill depreciation and lack of motivation in finding a job.
Despite moderate signs of recovery across many OECD countries in 2014, the unemployment rate in Greece remains stuck at close to its highest level since the start of the economic crisis. According to OECD data, debt-hit Greece shows one of the highest shares of long-term unemployment among OECD economies, with the figure soaring from 49% to 71% between Q4 2007 and Q1 2014.
Greece – particularly the private sector – saw one of the biggest drops in real wages across OECD countries, more than 5% per year on average since the first quarter or 2009.
“While the sharp decline of wages contributed to partially reverse the gap in unit labor costs with Germany and restore external competitiveness, hourly labor productivity growth has remained stubbornly negative since the start of the crisis,” the report said.
On labor market security and quality of working environment in Greece, the report said the country ranked near the bottom (31st place) of the OECD table.
“Greek workers face excessive job demands with insufficient resources to meet their work requirements. This situation not only hinders productivity but can have strong negative effects on workers’ health,” the report added.