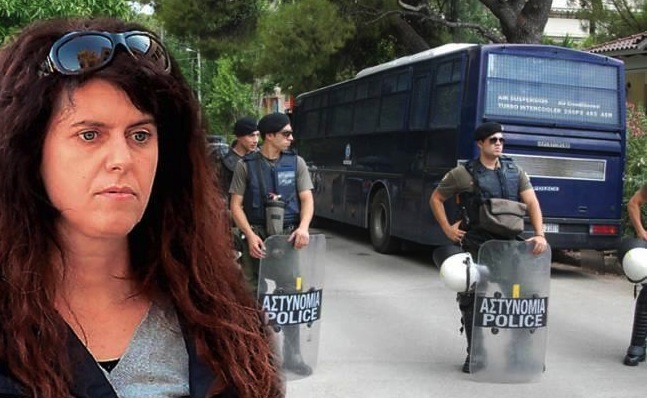 Paula Roupa, the partner of recently jailed terrorist Nikos Maziotis, says she won’t surrender and she threatens to continue the armed struggle in Greece.
This her first public appearance with a provocative letter sent to website indymedia, after the arrest of Maziotis.
Nikos Maziotis, the head of the terrorist organization ‘Revolutionary Struggle’ was arrested on July 16, during a shootout in Monastiraki, central Athens, that left four people injured.
After Maziotis’ arrest, Roupa took their child and fled their Athens residence, where she was living with the terrorist in Maroussi.
In her letter she accuses the Greek Police of the shootout and the injuries caused. Commenting on the reports of the police that the terrorist had been identified before the incident in Monastiraki, she notes that his arrest was accidental. She admits that Maziotis’ arrest affected the action of the organization which though will continue fighting.
The officials of the counterterrorism department are afraid that Paula Roupa will proceed with a new attack as she clearly has announced that she will continue the urban guerilla fighting.
Although Nikos Maziotis has been arrested, the police hasn’t yet found the arms of his organization, which could mahe a terrorist attach possible in Greece.