Greek Gods in the Streets of Belgium 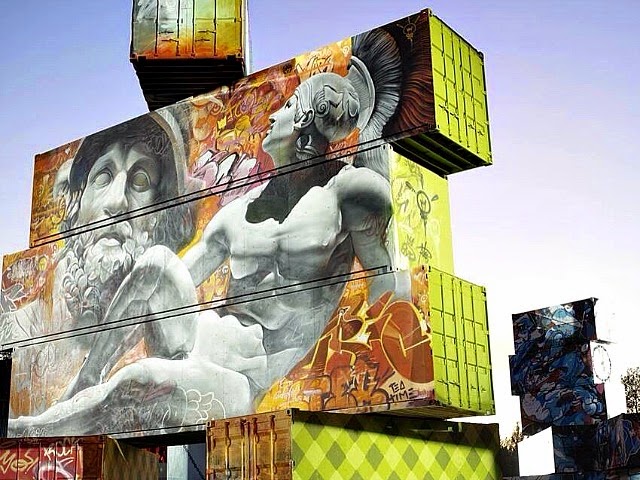 With its impressive stories and emblematic gods, Greek mythology is a valuable source of inspiration for artists all over the world. From America and Australia to Europe and Africa, Greek mythology has captured the imagination of artists who love Greece and never miss the chance to promote it in all parts of the earth.

A few weeks ago, the Martha Graham Dance Company presented a great performance inspired by the myths of ancient Greece, entitled: “Celebrating the Greek Connection.” Martha Graham herself was fond of Greek mythology and some of her early works were inspired by it.

Their work, which has won awards in several graffiti competitions around the world, is full of surreal pictures and powerful messages that aim to raise awareness on sensitive social issues.