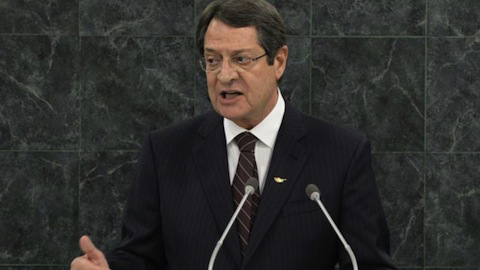 Dear Mr. President, with all due respect, things in Cyprus are not going as well as you so passionately promised. Your election campaign-pledges never actually materialized. We are sure you meant well but somewhere along the way your party-dogmatism failed to bring about the desired economic and social stability in the country.
Citizens certainly recognize that miracles do not happen in one day but nightmares do and that’s precisely what the nation is facing today; a string of nightmares never encountered before!
Mr. President, people no longer live in a world where they hand over their minds to the official version of events. The “big brother” insolence is dead and gone. Yet, your government gives the impression that it operates in another stratosphere cocooned from the real world and the real needs of the people. The twisting of the truth, so eloquently spoken by your spin-doctors, indicates as if aliens from Mars are running the country.
Without a doubt, your government appears to serve and protect the rich while manipulating the poorer sector of society. The middle class simply chose to migrate abroad and the exodus of this valuable brainpower has now become irreversible!
Do you know Mr. President that in Cyprus, for the first time ever, children go to sleep and to their classrooms with an empty stomach? Do you know that a vast number of citizens line up for food handouts each day? Do you know that the unemployed are getting desperate, while suicides and robberies are on the rise? Do you not see the first signs of homelessness across the country? Can you understand the tragedy of those businesses that shut down each day? How about the thousands of people and pensioners who lost their life savings by your government’s decision to rob their bank accounts? How about the other thousands of repatriated Cypriots and retirees who lost everything and are trapped here, unable to restart their lives again? Do you not feel for their misfortune caused by your government’s bad policies in partnership with the EU – IMF Troika? Where is your social consciousness culture in that?
Obviously, an elite sector in society and your ministers justify such misfortunes as a “price worth paying” to stabilize a banking system that brought about the present catastrophe. One is surely amazed as to why Mr. President you did not compel bank shareholders (as Iceland did) to bail out their own troubled banks and instead you decided to protect them? Why should the innocent taxpayers be held responsible for the mismanagement and bad practices of banking institutions? Mr. President, justice not only must be done to prosecute those perpetrators responsible for ruining the country, but justice must also be seen to be done and yet Cypriots have not seen that. Instead, they have become the scapegoat of institutional corruption without justice.
On top of all that, Mr. President, there is a grave danger brewing in the cauldrons of evil and that is the ugly face and brutality of ISIS Jihadist terrorist militia! As you are well aware – armed to the hilt – the ISIS prime objective in the Eastern Mediterranean is to re-establish the Islamic Caliphate in the Levant Region, of which Cyprus was once a part. The possible flow of Jihadist radicals reaching our shores through Syria, Turkey and the occupied part of Cyprus, poses a real threat in the making.
Does the government have a contingency plan to defend its citizens from such a threat or will they be victimized again like the 1974 Turkish military invasion and occupation of 40% of the country?
This is a simple question, Mr. President, that bears serious consequences for Cyprus; can you honestly reassure Cypriots that they are in good hands and will not face a similar nightmare?