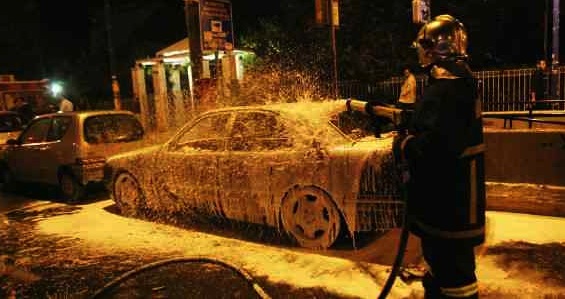 The car of a high-ranking Greek diplomat was destroyed by an arson attack on early Wednesday, July 2. No one was injured since the attack caused only material damages.

The car had diplomatic license plates and was parked outside the residence of the Greek diplomat in Wilmersdorf region, Berlin. It was completely destroyed alongside a second car, parked nearby.

It is the third arson attack towards a Greek diplomatic attaché in Berlin. The previous cases occurred in October 2012 and April 2014.

Terrorist organization “Cores of Fire” took responsibility for the attack. A written statement in German language was posted online with the title “We don’t want anything less than the destruction of the monster which keeps the system alive.”