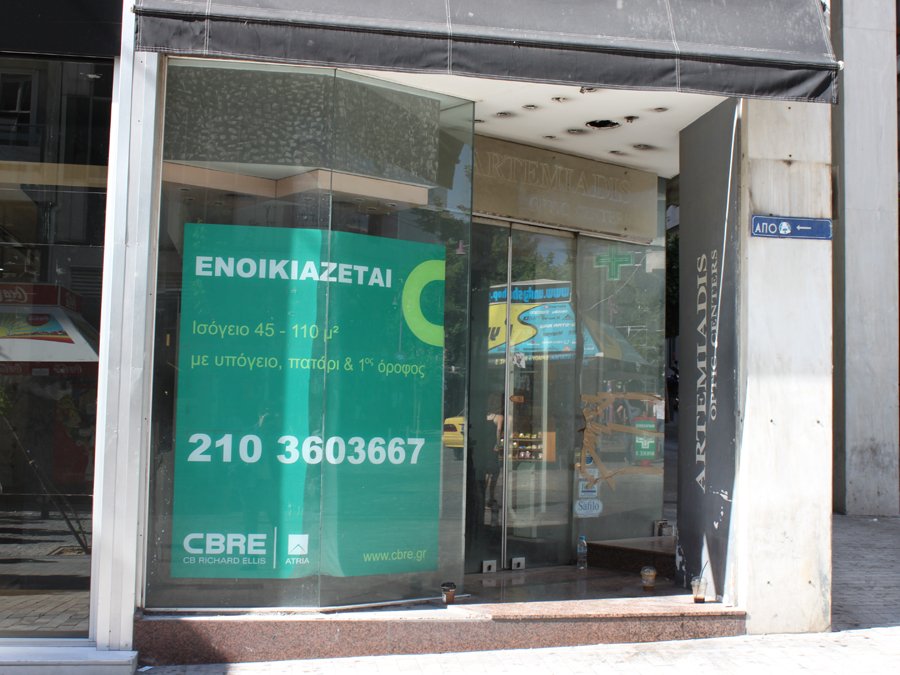 Unable or unwilling to pay vendors and enterprises what it owes, Greece’s government is losing 16 billion euros a year in revenues because the businesses are going bankrupt or laying off workers, a survey has found.
That amount is about 9 percent of the country’s Gross Domestic Product. While Prime Minister Antonis Samaras has promised to speed the payments as the country tries to recover from a crushing economic crisis, the losses in the meantime are mounting up, including those involving transactions between companies.
Greek banks, brought into deep difficulty when a previous government stiffed investors with 74 percent losses, are relying on 50 billion euros ($68.24 billion) in recapitalization funds that the state took from international bailouts, but not lending to businesses, stifling reinvestment and building.
When the businesses go bust because the state hasn’t paid it, it adds to the record unemployment worsened by austerity measures, with some 1.4 million people out of work, and further losses in income taxes paid the state as well as corporate taxes.
According to the recent findings by Intrum Justitia, which drafts the European payment Index (EPI), more than half of Greek enterprises (54 percent) have been forced to dismiss employees in order to handle the consequences of the delay in payments, while 68 percent said they would not hire any more employees for the same reason.
Antti Peltomaki, Deputy Director General of the Enterprise and Industry Directorate-General of the European Commission, told a seminar in Athens that the phenomenon is not exclusively Greek, but European, with some 360 billion euros lost from the European Union economy in 2013, according to estimates.