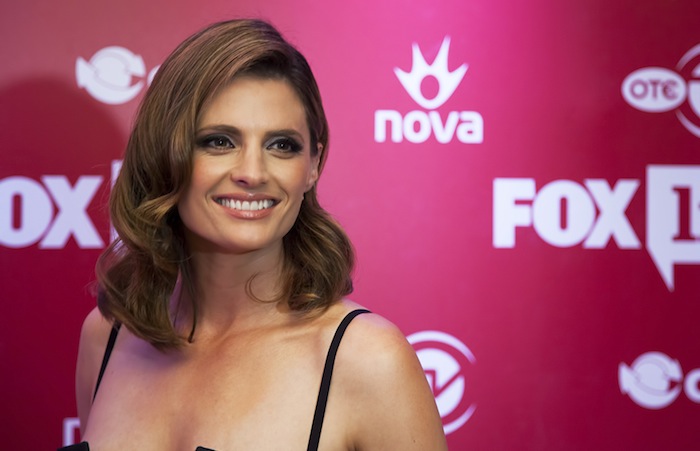 Popular actress Stana Katic from ABC’s hit series “Castle” is the latest celebrity to visit Greece and show her love for the Mediterranean country. Katic was the guest of FOX International Channels Greece that owns the “Castle” rights there.

Well known members of the Greek and foreign press, attended an event held at the Astir Palace hotel complex and met with the famous TV star.

The actress was in a great mood,answering all questions posed by journalists in on-camera and off-camera one-on-one interviews,as well as small group roundtable interviews. The summer party included electro-pop and dance tunes, and a live performance of the Greek band Liebe.

Stana’s visit in Greece could not be complete without her visiting the most important historical monuments of Athens, like the Acropolis and the Parthenon, the Acropolis Museum, the ancient market and the picturesque historic city center, Plaka.

“Castle,” which airs on ABC in the US and FOX Life in Greece. The new season of “Castle” will start production by the end of July in Los Angeles.

Here’s one of the many pics Katic tweeted from Greece: