Vendeta stands for Justice in Crete and Mani 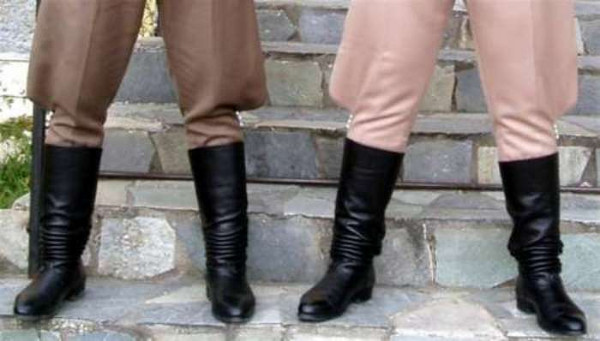 The word “vendetta” derives from the latin verb vendigo, which means “to take revenge”. The word’s origins are rooted back in the Homeric era,  although  in several Greek regions, such as Mani in the Peloponnese and the island of Crete this word can be found throughout its history. Vendetta is a murder committed in order to avenge another murder or an attempted murder, usually between families.
Vendetta is quite widespread in the societies of Crete and Mani, where families are seen like small armed forces. When a family loses one of its members, its fighting power is reduced. Vendetta murders between families occur when a  family is dishonored by another family and therefore blood must be shed to re-balance this injustice and family humiliation.
In both Crete and Mani, vendetta is not considered to be a barbaric act. The person who takes revenge is one of  high respect in these societies.
An indicative vendetta case, is Faratsi village in the area of Rethymno in Crete, which was abandoned by all residents  many years ago, since all  its residents lived under the fear of vendeta. In 1948 it was still a vivid village, until one day two children had a fight during a game and their families began a vendetta. Ever since, all residents feared each other and abandoned the village under the threat of a revenge.
Nowadays, although vendetta are not very common, in mountainous and remote regions, protecting the family’s honor is still a value preserved through vendetta murders.