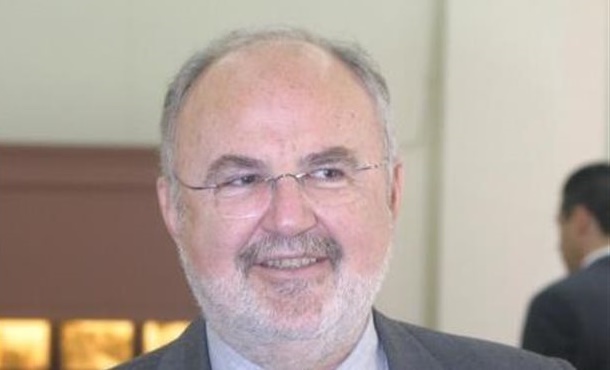 Aris Stathakis passed away today, June 13, at the age of 71 after facing health problems for many years. He was a famous Greek automotive reporter that has been credited with teaching Greeks to wear their seatbelts. His insistence on this issue saved many lives, as did his perseverance in fighting for safety.
Aris Stathakis was born in Laconia, Greece in 1943. He studied at the School of Higher Industrial Studies but in the end decided to become a journalist.
He had worked in various Greek media, such as the newspaper “Apogevmatini” and automotive magazines “Four Wheels,” “Auto-Express” and many more.
He also worked in television with major channels, most notable ANT1 and ET1, and in radio broadcasts as a correspondent for the Dutch radio NOS, with ANT1 and ET1. In 1992 he won the prize for Journalism for his contribution to Greek society, on the grounds that he motivated Greeks to wear seat belts and helmets.
Stathakis was elected as a New Democracy MP in the 2004 and 2007 elections. Furthermore, he was also elected mayor of Athens 1999 and 2003, while he was also the spokesman of Athens Municipality from 2001 to 2003 and president of Road Safety Organization in Athens since 2000. He was a member of the National Committee for Road Safety since 1996 and a racing car driver 1968 to 1984.