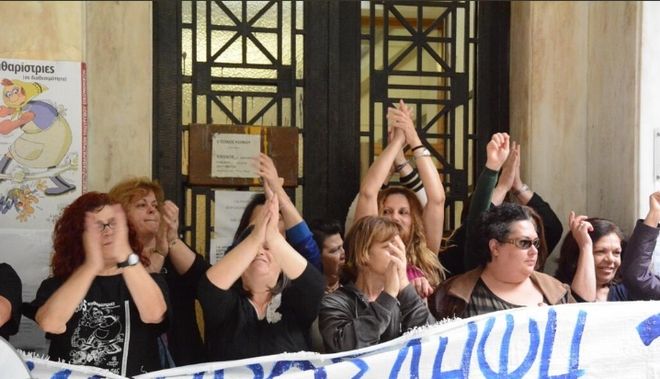 The Supreme Court of Greece accepted the appeal of the Greek Finance Ministry, which requested a delay in the implementation of a court decision to rehire its cleaners, temporarily suspended.
The ministry had appealed to the Court in an effort to temporarily freeze an earlier Athens court decision which vindicated the suspended cleaners and ordered their reappointment. According to the Supreme Court’s decision, the cleaners will remain in availability until September 23, when the Court will discuss the ministry’s appeal.
The Ministry claimed that the Athens court had no jurisdiction to rule on the case, arguing that the case should be handled by administrative courts. Moreover, they claimed that the suspension of the cleaners would benefit the country as the reduction of the public sector improves finances.
The cleaners’ defense argued that they were dismissed without any compensation. They have also refuted claims that the reappointment of the cleaners will damage the State’s finances while they described the Ministry’s appeal as “unacceptable,” arguing that it is only permitted against final rulings.
The suspended cleaners have camped outside the Finance Ministry demanding their reappointment. The Court order and a video released on Wednesday showing a riot police officer assaulting a 60-year-old woman has caused a strong reaction among the cleaning staff.

Clashes Between Cleaners and Riot Police 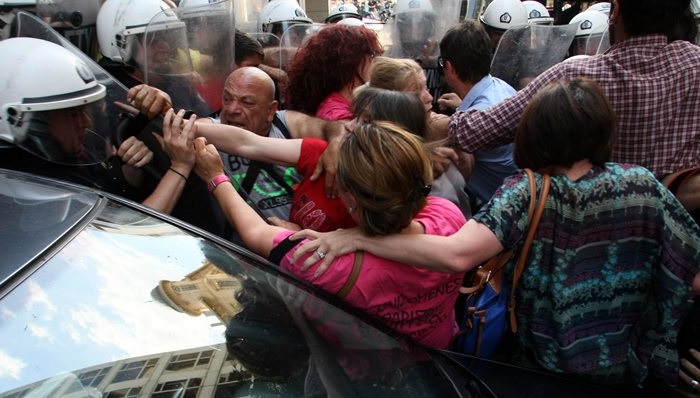 After the announcement of the Supreme Court’s decision, clashes broke out in front of the Ministry’s entrance between the cleaners and the riot police, that was trying to push back the protesting women.
Journalists and camera operators who were on the spot were also injured. The journalist Tatiana Bolaris, was transferred to the hospital after being kicked by a police officer in her back.