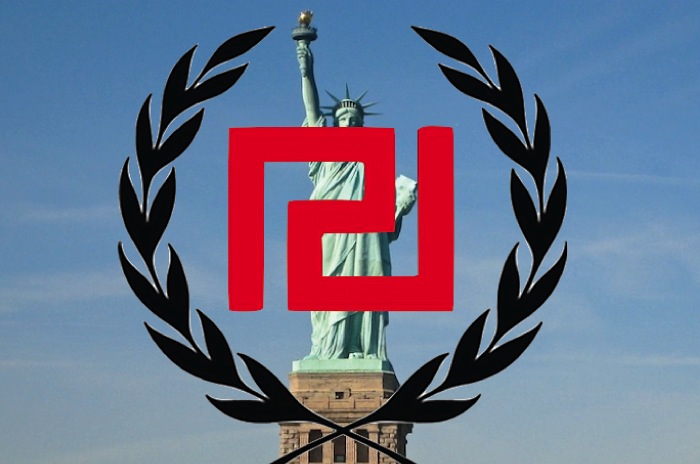 Greek-American director Richard Ledes released “Golden Dawn, NYC,” a documentary film about the neo-Nazi party in Greece known as Golden Dawn and how the New York City Greek Community is confronting it.

The short film offers an in-depth look at what the Greek community in New York City is thinking and doing about the rise in Greece of one of the most virulent neo-Nazi parties in Europe, Golden Dawn. Polls indicate that Golden Dawn has grown into Greece’s third largest political party since the 2008 economic crisis.

Richard Ledes decided to find out what the Greeks of New York City thought about the extraordinary rise of the party.

“I further place what is going on in Greece in terms of the price paid by Americans a few generations ago to eradicate Nazism,” said the Greek-American director.

GOLDEN DAWN, NYC combines on-the-street interviews at the Greek Independence parade with conversations with religious leaders, activists, heads of national organizations, the judiciary, intellectuals and members of the media. Watch the film below:

“Greece is known as the cradle of democracy, Greeks suffered terribly under Nazi occupation, and yet Greece has become fertile ground for Nazism. This has taken place in the wake of the 2008 global economic crisis and the austerity program that Europe continues to impose as its cure,” wrote Ledes in a statement.

“I wanted to do a documentary on the neo-Nazi party in Greece known as Golden Dawn. I was able to get the collaboration of a number of prominent figures in the Greek community who agreed to be interviewed.”

The film provides Ledes’ vivid and engaging set of connections about what is happening in Greece, how some members of the Greek community in New York are confronting this rise and what needs to be done.

Richard Ledes is a prize-winning filmmaker known for “Fred Won’t Move Out”, starring Elliot Gould and Fred Melamed and “The Caller” (2008). “Foreclosure”, a horror film by Ledes has been picked up by distributor Virgil Films and is coming out this Fall.