GRNews
GreekReporter.comGreeceFarage Vows to Visit Greece for Holiday after Grexit

Farage Vows to Visit Greece for Holiday after Grexit 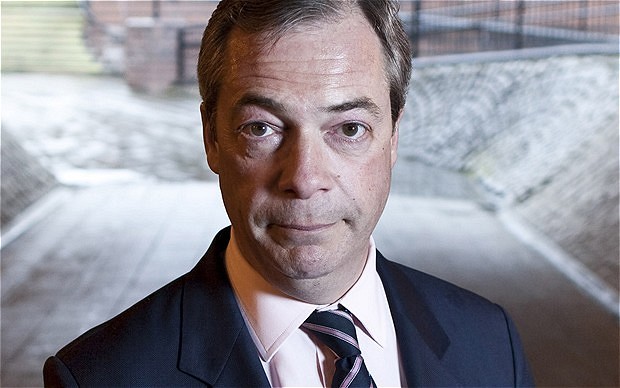 The British Eurosceptic and leader of the UK Independence Party, Nigel Farage predicts that Greece will be forced to exit the Eurozone, saying that this would devalue its currency and as a result make it a “hot” tourist destination.
Speaking at the annual tourism conference ITT in Malta, Farage vowed to buy a holiday package to Greece by a British travel agency, when Greece finally exits the Eurozone.
Furthermore, Farage described the euro as a “disaster” and said that Greece will be forced to return to its old currency, the drachma.
“They will have massive devaluation, probably 75%, and you guys will all be quite busy because Greece will become the number one holiday destination in the world,” he said. ““When that happens I have pledged publicly to go down to my local travel agent in Sevenoaks and book a seven-night holiday in Greece.”
Farage added that the Greek economy has shrunk by 28% since 2008, a figure that exceeds 16% contraction of the British economy after World War II, which led to the creation of the welfare state and National Health Service.
“There is absolutely no prospect of any improvement at all, because the Mediterranean is now going into a deflationary spiral,” he explained.
According to the British politician, the idea of the euro was sold on the basis that travelers would not have to exchange their money, but he believes that one of the joys of travel is experiencing new things, such as exchanging British pounds for French francs or Spanish pesetas.