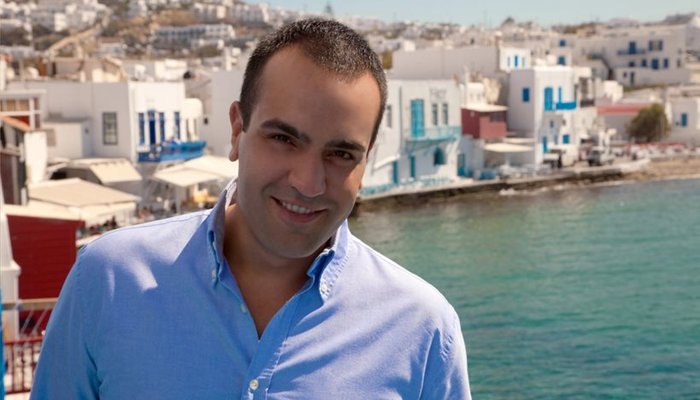 The 32-year-old Konstantinos Koukas is the newly elected mayor of the island of Mykonos and is among Greece’s youngest mayors.
The new mayor who will be ruling for the next five years won over his opponent, Andreas Fiorentinos, with a lead of 221 votes in the second round of the 2014 municipal elections held on May 25.
The residents of Mykonos trusted with their vote the new ambitious lawyer who seems eager to ameliorate the condition of the island and the everyday life of the locals. As Koukas stressed during his electoral campaign, he will try hard to meet his obligations as mayor and to further promote the development of the island.
After the results were announced the locals greeted the new mayor with fireworks, cheers and handshakes while Mayor Koukas embraced the currently acting mayor of Mykonos Irini Grypari.
Regarding his engagement with public affairs, at just 28 years old, Konstantinos Koukas had become the first governor’s adviser in the South Aegean region and is currently the vice president of the South Aegean regional council. He was an intern at the European Parliament and also served as an adviser in two Greek ministries. At the same time he has been working as a lawyer in Mykonos for the past seven years.