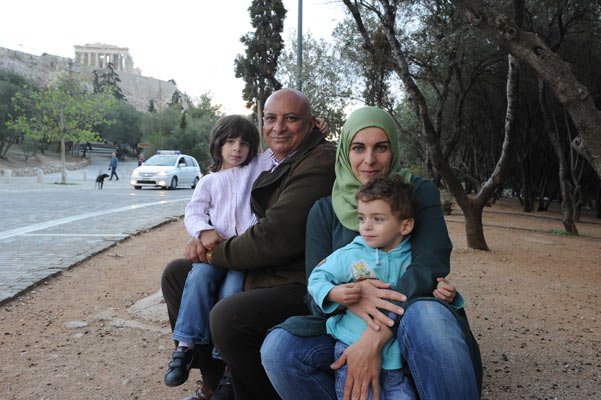 Anna Stamou is standing to represent Greece at the upcoming European elections on May 25, the first Muslim to do so. Stamou seeks to prevent anti-Muslim discrimination and ensure equality for the religious minorities.  “I have been nominated by the Eco Green Party Greece – the ecological political party that is a member of the European Green party – as it perfectly reflects my opinions,” said Stamou.

She is a graduate of business management and has worked as a yoga trainer, and her involvement in politics started after converting to Islam at the age of 30. She was born an Orthodox Christian but “found the answers to her questions” in Islam. Stamou is responsible for the public relations at the Muslim Association of Greece and is married to the head of the Muslim Association.

“What drew me to politics is my objective of guaranteeing a life for Muslims in Greece with equal rights to those of other Greek citizens through all means,” she said. She is determined to work towards recognition of Greek Muslims as citizens and fulfil the Greek state’s responsibilities towards them.

Muslims account for 1.3 % of Greece’s 10.7 million population. However, Athens is the only European capital without a mosque, which is an issue of top priority for Stamou.