Sano Halo, Grandmother of the Pontian Greeks, Passes Away 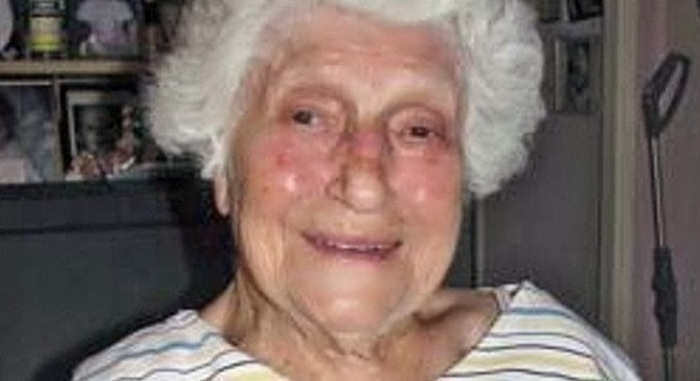 The Lady of the Pontus, the Grandmother of all Pontic Greeks, as they used to call her, Sano Halo (Euthymia Varitimidou, married to Abraham Halo) has passed away at the age of 105.

According to the announcement by the Pan-Pontian Federation of US & Canada, “she was an outstanding figure, a living legend of the fighting spirit and courage, a woman with vision and faith.”

“Sano Halo showed the whole world the major national issue of the genocide of the Greeks in Pontus and Asia Minor and that of the Christian nations in the falling Ottoman Empire as well, through her personal testimony of her individual suffering in her homeland, Pontus, 90 years ago. Her words were written down by her daughter Thea Halo in the book Not Even My Name.

The book is a story of her march from Pontus to Lebanon when she was ten years old, during which journey all her family members died, and details her efforts seventy years later to learn about her national identity and her family name with only vague childhood memories to go on.

The Pan-Pontian Federation mentions that “Sano Halo showed “divine” willfulness, not only to avoid oblivion, but to define herself nationally, historically and socially. She accomplished that through her daughter’s diligent study, who revealed her for who she truly was. She survived, preserving her precious memories, narrating them to her daughter, who wrote them down and taught the whole world the drama of the Pontian Greeks and the Christians of Asia Minor.

“Sana Halo was undisputively a legendary figure of Hellenism of great importance to the Greek diaspora. The ruthless advance of the hands of time treated the Grandmother of the Pontus with great respect, knowing her presence and her message could help a global consciousness learn respect for the human existence and its ideals.”

“On June 12th 2009, Greek citizenship was bestowed upon Sano and Thea Halo at the Greek Consulate-General. Acquiring Greek citizenship was an overwhelming desire for both women and for the the whole Pontian Greek community as well. Those women are not only Greek; they have also carried forward the values of the Pontian Greeks to all of humanity and their demand was completely justified.”