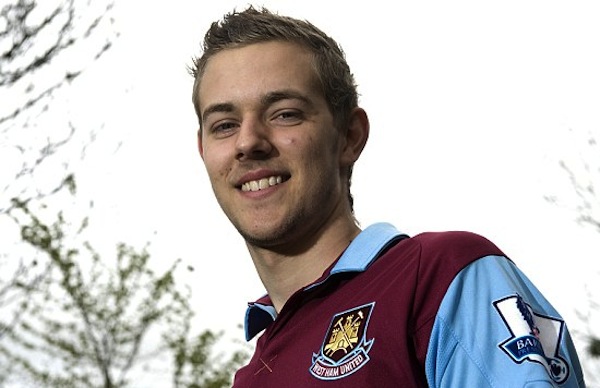 Greek Australian who made his West Ham first-team debut in League Cup tie in September 2012 dies after fighting testicular cancer for three years.
Tombides died on Friday morning, after being diagnosed with testicular cancer in 2011.

Tombides played youth team football in Australia and Hong Kong before joining West Ham aged 15. Playing for West Ham in their reserve team he was an unused substitute in the Premier League game on 22 May 2011 against Sunderland.

On 25 September 2012, he made his professional debut for West Ham in a 4–1 home defeat to Wigan Athletic in the League Cup coming on as an 84th minute substitute for Gary O’Neil.
Tombides played in the Under-17 World Cup in Mexico in 2011. He represented Australia in games against, Côte d’Ivoire, Brazil, Denmark and Uzbekistan, scoring the winner against Côte d’Ivoire. In January 2014, he represented Australia at the AFC U-22 Championship in Muscat, Oman. He played in games against Oman, Iran, Japan, reaching the quarter final stage where Saudi Arabia.

A random drugs test, taken after his team were beaten 4-0 by Uzbekistan, uncovered a tumour in one of his testicles.
Months of surgery and chemotherapy followed and Tombides worked hard to raise awareness of male cancer, supporting the One for the Boys campaign at a number of high-profile events with Hollywood star Samuel L Jackson, snooker players Jimmy White and Peter Andre.