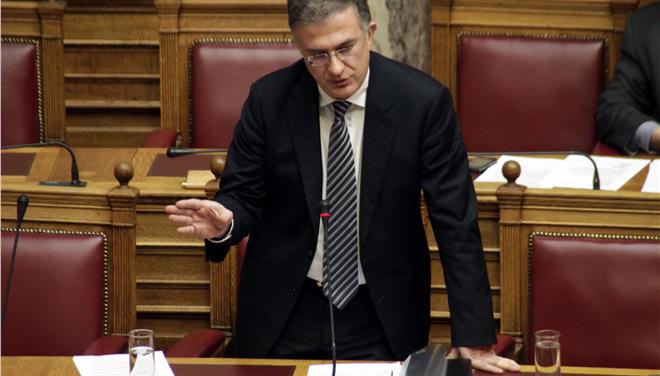 Greece’s Deputy Finance Minister George Mavraganis has presented documents to Parliament citing 908 non-governmental organizations (NGOs) under investigation by Finance Ministry inspectors.
In what appears to be only the beginning of a lengthier investigation into NGOs, Mavraganis stated: “The selection process for further investigation will continue.”
The Directorate General of Tax Audits and Public Revenues Collection has already sent letters to all relevant inspectorates.
Mavraganis’ documents were sent to the Parliament after SYRIZA MP Dimitris Gelalis addressed the Finance Ministry:
“Dozens of NGOs have been receiving millions in grants for several years without any accounting for what they do with the money, all while the government, under cover of the memorandum, has hindered and tarnished the name of NGOs that actually perform social work.”
Gelalis made reference to Law 3943/2011, according to which taxes, fees, levies, additional taxes, surcharges and other charges that have been issued by tax authorities against cultural unions for doubting their non-profit nature will be erased.
This provision states that if proven that an NGO really performs cultural and social work then any scheduled trials against it will be cancelled after the submission of a relevant application, if its cultural goals are established in the group’s statute and if it is defined as a legal entity seeking cultural purposes under relevant laws.
Gelalis asked to be informed of which non-profit entities submitted the application, the amount that was charged to each of them and what measures will be taken to complete the investigations.
However, Mavraganis gave Gelalis no firm information in his response to Parliament, claiming the Finance Ministry is still waiting for the audit services results.