EC Takes Greece to Court for Failing to Protect Turtles 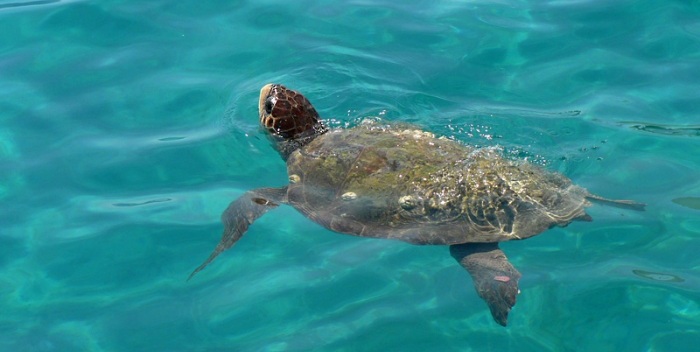 Greece will be called before the European Court of Justice for “failing to provide adequate protection” at nesting sites of the endangered Caretta caretta loggerhead sea turtle in the southern Ionian Sea.
The case mainly concerns Kyparissia Bay, situated in the Western Peloponnese, one of the most important nesting sites in the Mediterranean for Caretta-caretta turtles and area protected by EU legislation.
Development and construction activities given permits in the area are having a “significant negative effect” on the endangered turtles, according to Environment Commissioner Janez Potočnik, who recommended the Commission press the case at the ECJ.
The European Commission first raised its concern over the situation in Kyparissia Bay in 2011, and a year later issued recommendations about this particular region, which has been part of the Natura 2000 network of protected sites since 1992, when Brussels issued the Habitat Directive.
EC’s announcement explains “Greece acknowledged the need for measures and prepared an Action Programme and a timetable for its implementation. But almost two years after the preparation of the programme little progress has been made.
“The Commission has learned that construction developments are continuing and that the turtles’ habitats protected under EU legislation are suffering as a result. As the 2014 nesting season is about to begin, it has therefore been decided to call Greece before the EU Court of Justice.”