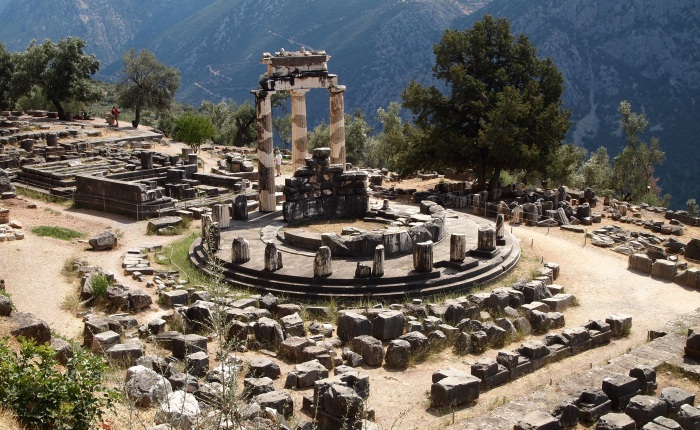 Man’s desire to know what the future holds is nothing new or out of the ordinary. In ancient times, the need to know what is to come can be best exhibited by exploring methods in which the Greeks created to answer their questions for the future.
This desire was interwoven with the everyday life of the ancient Greeks, deriving from the numerous oracles which were built in ancient Greece as well as from stories which show the confidence that people of that era had in prophecies. Ancient Greeks used to rely on various forms of oracles to get advice on public and private affairs. Herodotus mentions in his work at least 18 shrines having an oracle and 96 missions with only one purpose: to request advice from an oracle. About 53 of those missions were headed to the oracle of Delphi.
The prophecy and divination seems to be closely linked with each other. According to the ancient Greeks, divination, which was also called augury, was the science of omens and was applied in a variety of ways such as the interpretation of the way birds were flying. This type of divination was widespread. The seers paid attention to the direction, the height as well as the way birds flew. Some of the most important seers of ancient times referred to in Homer’s work, were Calchas and Helenus. The ancient Greeks considered dreams very important as they thought them to be a way in which the gods were giving advice to them.
Beyond the augury, the most formal form of divination could only be requested at the shrines where they could find the oracles. There were many such oracles in ancient Greece but the most famous of all were the oracle of Delphi and the oracle of Dodona.
The oracle of the Delphi dedicated to Apollo has been known from the 7th century BC and played an important role, but it is important to note that not every day was favorable to the request of  a prophecy. Besides offering an amount of money to the oracle, people also had to slaughter a goat. The sibyl or priestess of the oracle at Delphi was known as the Pythia who sat on a tripod seat, chewing bay leaves and drinking water from the sacred spring Kassotida. While in a trance, the Pythia was raving and her words were translated by the priests of the temple into hexameters. Most of the Pythia’s oracles were dark and ambiguous and people translated them in any way that suited them.