GRNews
GreekReporter.comHollywoodMelissa Jiménez: Meet the Greek Latina of The Voice!

Melissa Jiménez: Meet the Greek Latina of The Voice! 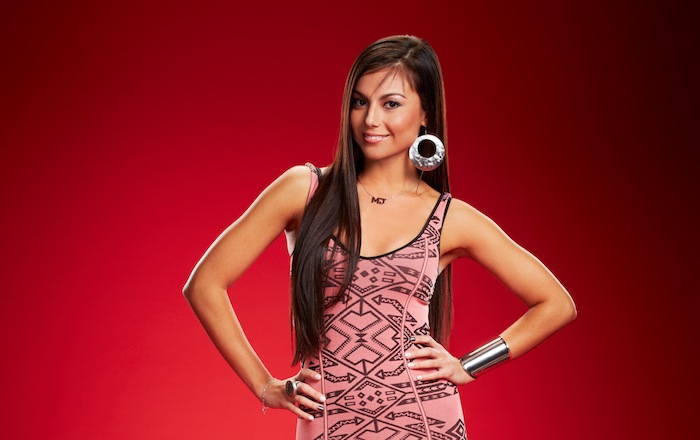 Born in New York but of Greek and Mexican descent, Melissa Jiménez has become one of The Voice Season Six favorites.

Melissa grew up in a home filled with music. Her father Horacio “Mr. J.” Jiménez came from Guadalajara, Jalisco, Mexico arrived in the New York music scene in 1982 and her mother Maria, came from Greece when she was just three years old.

On March 3, Melissa took The Voice stage to belt out “If I Ain’t Got You” by Alicia Keys. Taking the stage with an acapella opening, Melissa caught Usher’s and Shakira’s attention. And to add a little flare, Melissa even sang part of the song in Spanish and later spoke Greek to Shakira!

When it was time to make a choice, Melissa chose to go with the coach she wanted all along, which was Usher.

Born in New York, Jiménez was raised by her Greek mother Maria and her Mexican father Horacio. Her musical experience started early on, going to studio sessions and rehearsals with her father since she was a baby.

At age 14 she joined her father’s Big band and orchestra as a vocalist. Shortly thereafter, Melissa began writing songs and learned to accompany herself with the piano. Dancing was a natural skill, and to enhance it she took ballet, jazz, modern dance, African dance, mambo, and hip-hop. Her official biography states that “before she was even old enough to be eligible, she received a standing ovation for performing on an amateur night at the world-famous Apollo Theater in Harlem.”