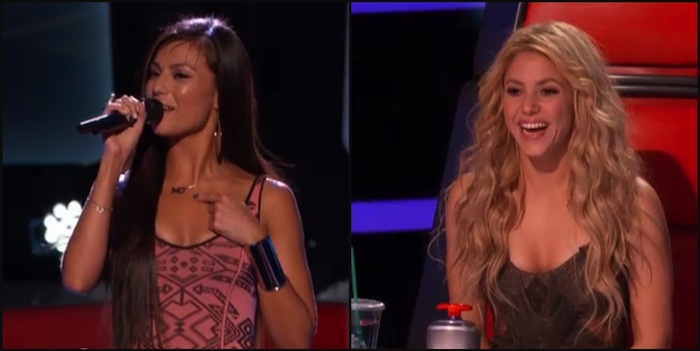 On Monday night’s episode of NBC’s reality singing program “The Voice,” a contestant of Greek-Mexican heritage shared some Greek words with Shakira.

Melissa Jimenez sang “If I Ain’t Got You” during her audition and had two chairs turn around from coaches Usher and Shakira. In an effort to get Jimenez to pick them as her coach, the famous singers used their own tactics to win over the contestant.

Pop artist Shakira, who is Colombian, initially used her shared Latin roots to woo Jimenez. When Jimenez announced she was also half-Greek, Shakira asked if she spoke a little bit of the language, and the contestant gave her a big “Opa!!”

Shakira replied with an “Opa!,” herself, and then an “Efkaristo,” to which Jimenez added, “Efkaristo para poli.”

Jimenez moves on to the next round, but she ultimately decided on Usher as her coach.

Check out the singer’s audition below and the conversation with Shakira at around the 2:05 mark: