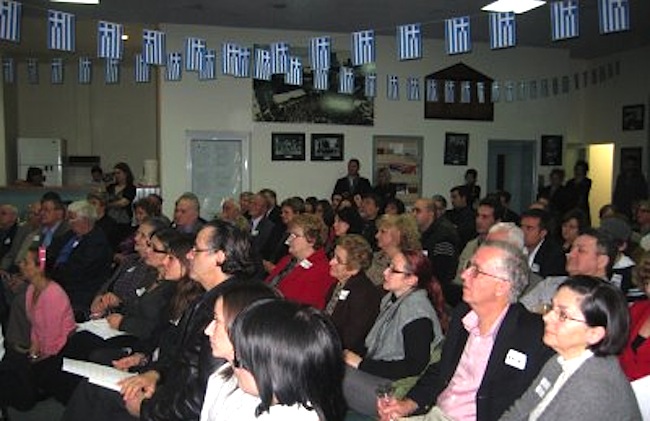 “Inspiration for change” is this year’s theme designated by the United Nations on the International Women’s Day which is celebrated in many ways around the world and is an institution of memory, thinking and planning for improvement of women’s position in society.

In Melbourne this year, the Food for Thought Network in collaboration with the Greek Museum are organizing a painting exhibition titled “Transformation” and for the 1st time is expected to present seven Greek-Australian female painters in honor of International Women’s Day.

The seven women were selected because they use different techniques and materials such as oil, acrylic, egg tempera, gold leaf, threads, wax, pyrography and modern technology and screen printing as well.

Honoring the exhibition with their presence will be Greece’s Ambassador in Australia, Haralambos Dafaranos with his wife Eva Dafaranou, who will launch the exhibition on Sunday, March 9 at 3pm, at the Greek Museum of Melbourne, 280 William Street.