GRNews
GreekReporter.comGreek NewsGeorge Clooney on Parthenon Marbles: Bring Them Back!

George Clooney on Parthenon Marbles: Bring Them Back! 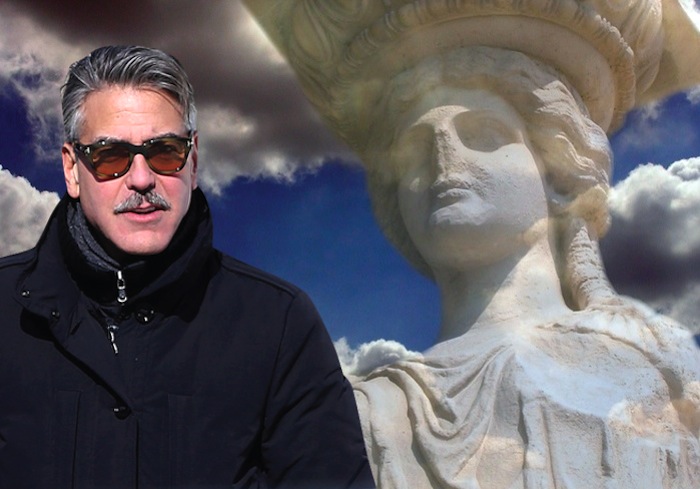 George Clooney urged the UK to return the Parthenon Marbles to Greece. “It is the right thing to do,” said the Hollywood actor and director during a press conference for his film “The Monuments Men” at the Berlin Film Festival on Saturday.

Clooney is not afraid to publicly take sides on serious matters and he proved it one more time in Berlin supporting Greece in its long battle to get back the Parthenon Marbles from the U.K.

Asked by a Greek journalist whether Greece should claim its historic monuments back from Britain, Clooney stated: “I think you have a very good case to make about your artifacts. Maybe it wouldn’t be a bad thing if they were returned.”

“I think that is a good idea. I think that would be a very fair and very nice thing. Yeah, I think it is the right thing to do.”

The Marbles, a collection of classical Greek marble sculptures (mostly by Phidias and his assistants), inscriptions and architectural members that originally were part of the Parthenon, were removed from the Acropolis in Athens by the 7th Earl of Elgin.

Elgin obtained a controversial permit from the Ottoman authorities to remove pieces from the Parthenon while serving as the British ambassador to the Ottoman Empire from 1799 to 1803.

Directed by Clooney, “The Monument’s Men,” follows the attempt by a squad of art experts to return stolen works of art to their rightful owners in post-war Germany.