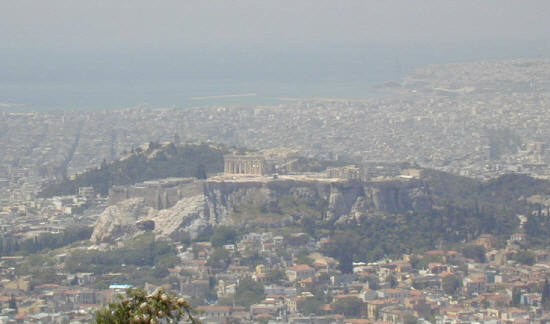 The Athens Medical Association has expressed its concern about the high levels of smog over Greece’s largest cities. Doctors have warned citizens to limit their use of fireplaces, especially now that the weather conditions are such that the smog will not easily be dispersed.
Recent measurements have shown that air pollution levels have surpassed the warning limit in some areas of Athens, Thessaloniki, Patras and Volos.
The Medical Association called on the government to develop a new comprehensive policy to deal with the overuse of fireplaces, a result of people’s inability to afford other forms of heating for their homes. Furthermore, they urged caution regarding the types of fuel being used, again in order to limit air pollution.
On Sunday, December 22, the Ministry of Health made an announcement warning elderly citizens and asthma sufferers in Athens and other large urban areas, of the high smog levels. Furthermore, the Ministry warned citizen over 65 years of age to avoid intense physical activity and also that asthma sufferers should use their inhalers more frequently during the winter season if the air pollution levels remain high.
The Ministries of Health and the Environment issued a statement on Saturday, requesting households to limit their use of fireplaces in order to prevent smog accumulation.