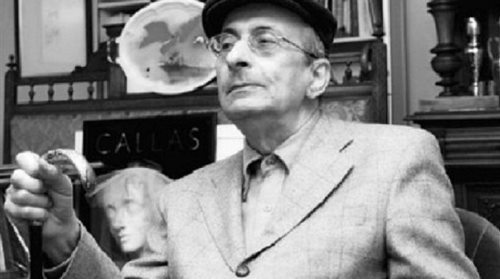 Manos Eleftheriou was honored this year by the Academy of Athens for his important artistic contribution.
The notable Greek poet, songwriter and novelist Manos Eleftheriou said, “It is a pleasure and honor that I am honored by the upper spiritual institution of Greece, which consists of great people.”
He was born in Syros and has published many novels, collections of poetry, prose volumes, albums and four volumes of The Theatre in Ermoupoli the 20th Century, 1901-1921, and the anthology, Ermoupoli, A City in Literature (Metaichmio, 2004), and Black Eyes: Markos Vamvakaris and Syros Society, the years 1905-1920 (Metaichmio, 2013).
He was awarded with the State Prize for Fiction 2005 for The Time of Chrysanthemum (Metaichmio, 2004). As a songwriter, he has created about 400 songs and collaborated with almost all Greek composers.
Metaichmio Publications released many novels from Eleftheriou, including The Woman Who Died Twice (2006), Man in the Well ( 2008 ) , and the collection of short stories, The Melancholy of Homeland After Eight o’Clock (2007). In the fall of 2010, they released the poetry collection “The Imaginary Wolf” and theatrical monologue “The Old Dancer.”
Recently released from Metaichmio is a centralized version of lyrics titled “The Words and Years, 1963-2013, The Songs.” The lyrics of Eleftheriou’s songs were composed by important older and young composers and were performed by popular singers.