GRNews
GreekReporter.comHollywoodDramatic New Trailer for '300: Rise of an Empire' Released

Dramatic New Trailer for ‘300: Rise of an Empire’ Released 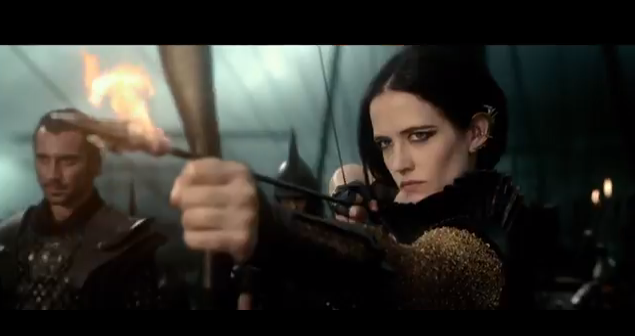 A brand new trailer for the Greek battle epic “300: Rise of an Empire” has been released, this time focusing more on the character of Artemesia (Eva Green) and the havoc she plans to wreak on Greece.

The two-and-a-half minute trailer begins with Queen Gorgo (Lena Headey) saying, “The oracle’s words stand as a warning. Sparta will fall. All of Greece will fall. And only stout, wooden ships can save them. Wooden ships and a tidal wave of heroes’ blood.” It’s then followed by scenes of battle, blood and biting words from opposing sides in the fight between the Greeks and Persian leader Xerxes’ (Rodrigo Santoro) army. Leonidas (Gerard Butler) also makes an appearance with a flashback to the first film, before Themistocles (Sullivan Stapleton) promises to avenge the death of the 300 Spartans, proclaiming, “Let it be shown, we chose to die on our feet rather than live on our knees!”

The sequel to “300″ centers on Greek general Themistocles as he battles an invading army of Persians under the mortal-turned-god, Xerxes. Director Noam Murro is at the helm, taking over where Zack Snyder left off with the original.