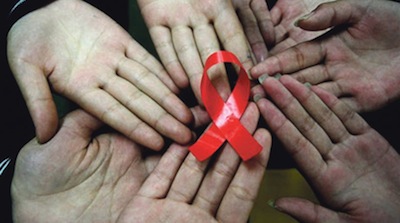 Health officials in Greece have voiced alarm over a dramatic rise in HIV infection amid steep healthcare cuts in the austerity-stricken country.
Official data released by the Greek Health Ministry showed on Friday that 1,058 new HIV infection cases were reported in the first 10 months of this year.
Greek officials have warned against dangers from austerity cuts in the country’s healthcare system.
Meni Malliori, the director of Greece’s Organization Against Drugs, said the major financial crisis in the debt-ridden country is challenging health officials.
Reports also say some drug users in Greece are reselling potentially-infected used syringes on the black market.
“We see an increase of intravenous use because they have a smaller amount but produce the same effect,” said Malliori.
Greece has imposed severe slashes on healthcare and social services since being bailed out by other eurozone states and the International Monetary Fund (IMF) in 2010.
HIV prevention programs have suffered major blows as the result of the austerity program.
Earlier in November, a report released by the World Health Organization (WHO) showed that an increasing number of Greeks were injecting themselves with HIV in order to claim hundreds of euros in benefits.
The organization also stated that the number of HIV cases had risen “significantly” in the country, with figures showing that the rate has nearly tripled in 10 years.
(source: presstv)