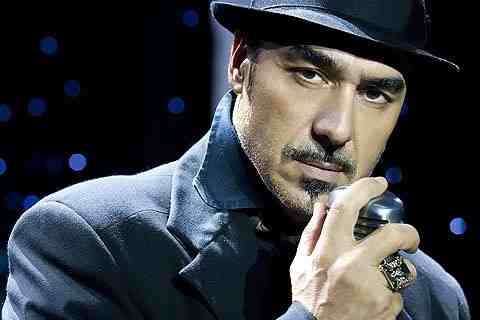 The famous Greek singer, Notis Sfakianakis in an interview with a TV show, talked about his career, his relations with other singers and politics. Sfakianakis has been accused several times for supporting  the Neo-nazi party “Golden Dawn.” The singer responding to these accusations, saying that he has every right to express his opinion in public as he is a political being and an active citizen.
Referring to Golden Dawn, the singer said it is not a fascist party and that the government didn’t have the right to imprison the president of the party. After these statements the journalist said that people will once again accuse him for supporting Golden Dawn. “Everyone must support Golden Dawn. It is the only party that can properly govern Greece.” he added.
The Greek singer also also attacked the current Greek government saying that it can’t rule the country, while he was particularly poignant with the Health Minister Adonis Georgiadis. “The Health Minister can’t achieve anything” he said, expressing his total opposition to the methods that Georgiadis uses for the reform of the national healthcare system.
Sfakianakis harshly criticized the journalists and denounced the media system for promoting specific artists. He advised his fans not to listen to the radio because everything is set up by record companies.