The “Faces of Greece” in Buenos Aires 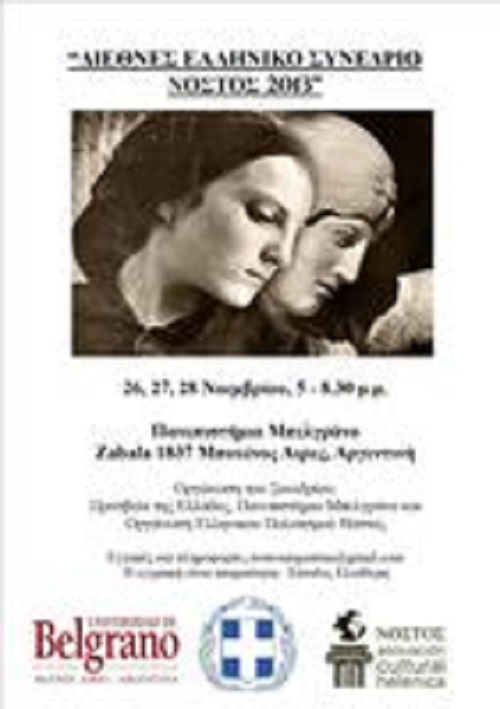 “The Faces of Greece from the Antiquity to the Modern Era” is the theme of the “International Greek Conference Nostos 2013,” which will take place from November 26 to November 28, in Buenos Aires Argentina.

Dr. Christina Tsaradikos, the president of the Hellenic Cultural Association Nostos, said that it is important that professors of Argentina and its neighboring countries who are also interested in Greek history but are not Greeks will take part. She also pointed out that not only is the ancient Greek civilization important, but so is the contribution of the modern Greece in literature, art, medicine, and in other sciences.

Among the specific issues which will be discussed is the financial crisis, the women in Greece, the art of the actor in Ancient Greek Drama, the Byzantine iconography, the language and the writing in the “Phaedrus” of Plato, Cavafy, Elytis, Kazantzakis, Maria Kallas and the Greek immigration to Argentina.

The students of the Department of the Fashion Design of the University of Belgrano will show their women clothes for everyday use which they created based on traditional Greek costumes. The students have seen them in April, in an exhibition organized by the Hellenic Cultural Association “Nostos.”

The Hellenic Cultural Association “Nostos” is a non-profit organization aiming to promote the Greek civilization in Argentina. It has also organized two conferences, three literary competitions where authors from all over the world took part. It has also organized cultural trips in Greece for Argentinean artists, Greek lessons and presentations in schools and universities.